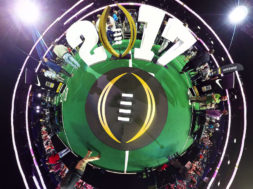 Technology is the application of scientific knowledge for practical purposes that defines our existence today. We’ve grown up adopting new forms of tech that came to build our modern culture as we know it. From laptops to mobile devices, we’ve integrated these tools into our daily lives. Now, our society is on the cusp of mass adopting what Google calls “Immersive Computing” technology. In a brief overview, immersive computing takes into account VR, AR and the real reality. It binds the level of spectrum from the physical world to the immersive one we create using the virtual space. And one of the companies that’s rattling the borders between the physical world and virtual one is MANDT VR. 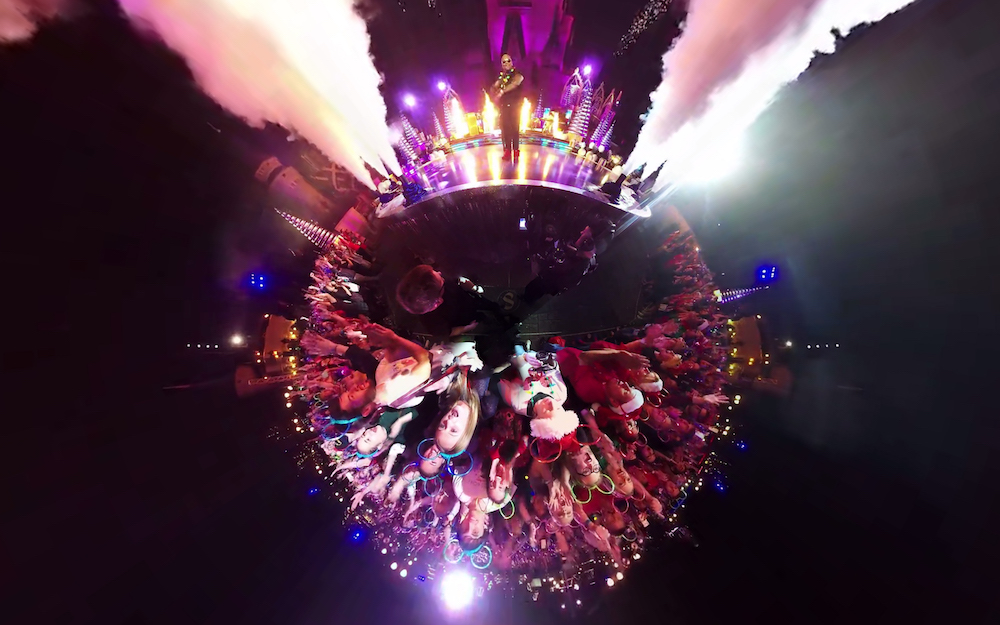 First Founded by Neil Mandt, his unique studio focused on creating high-quality immersive experiences. They’ve worked with the likes of Disney, NCAAF, NASCAR, NFL, and many more to tell a compelling story in a modern way using 360 and VR technology. VR & FUN got a chance to talk with the Director of Photography at MANDT VR, Will Barratt.

He painted us the picture of how they’re sitting in one of the most unique positions today, observing how Hollywood is trying to adopt a new way of filming and storytelling through VR. “The way people are going to think about VR is going to be totally new,” said Barratt. “We now have a camera that sees every side. Every single part of your image is skewed. Camera needs to be placed in just the right spot. No video village. No zoom lens. No pulling focus.” According to Barratt, Hollywood understands that VR is up and coming. We’ve seen this in multiple instances the past few months. Steven Spielberg announced that he’ll be directing a VR experience about Ready Player One. FOX created a sub-division called FoxNext that’s fully dedicated in developing VR experiences. Even musicians such as John Legend is participating in developing VR content.

Will Barratt is no novice when it comes to filmography and storytelling. He’s won an Emmy Award in the past on top of receiving the “BEST CINEMATOGRAPHY” award for his film “Boudoir” at the Hollywood Reel Independent Film Festival. Barratt has lensed over 100 commercials for an extensive list of clients including Audi, Chevrolet, Virgin America, Lady Speedstick, Axe, Budweiser, Fox Sports, Harvard University, Pfizer, New Balance, Getty Images, John Hancock, Toyota, The BBC and Gillette. So when it comes to understanding the foundations of storytelling, Barratt is well versed.

He described to us the excitement he feels when recording events and stories through this new platform. Barratt has been experimenting and developing his own techniques that make stories more immersive for the viewers compared to watching events through traditional 2D screens. “We’ve been using all kinds of stuff,” he stated. “The Google Jump Camera, Jaunt, Ozo, Remote productions, GoPro Rigs, 360 RIDE Cameras. Our job is to give you the best seat in the house. We want you to be there at the event and feel like you have the best seat in the house.” He found that there isn’t just one solution for filming. Rather, you have to adopt the principle of being multi-faceted.

One of the most critical areas that MANDT VR will be changing is how we watch sports. We currently get a sideline view in a typical NFL broadcast. With MANDT VR’s new way of filming and live-streaming, we’ll be able to feel like we’re on the field amongst the players. “Cameras are going to be put in the middle of the event” said Barratt. With the new way of filming through our advanced technology we’ll have the option of picking and choosing how we want to watch the game. We have control and can determine which player to focus on with a simple swing of the head. We can pitch our angle of sight using the VR headset. With the combination of immersive 360 technology and HMDs, viewing sporting events will become that much more immersive.

Barratt also assured us that they’ll continue to be big contributors for the VR community. “We are going to continue growing in the industry; inventing in the industry. We’ll continue integrating AR and VR into experiences and find cool things to film and produce. MANDT VR will also provide the best in quality and focus on every detail. Good storytelling will also be the big importance for the company.”

As for VR technology itself, Barratt seems hopeful. “I’m very excited for the future. We’re going to be able to tell stories like never before and I’m going to continue to test (different methods of capturing stories in 360 and VR). In a smiling tone he left us off with his final statement, “I Need the technology to catch up.”

We hope to see the immersive computing technology continue to advance and with it the talented drivers behind the industry such as MANDT VR.