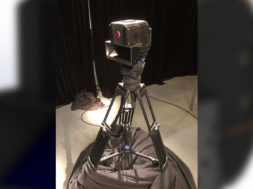 We already know that RED is working diligently on a holographic AR phone called the Hydrogen One. But did you also know that they are working on creating a 3D camera? Well now you know.

Lucid, the creators of one of the first VR180 camera has announced a brand new partnership with RED in creating the next generation prosumer 3D camera for 8K video and image capture. With the two leading companies in their field, this new product will feature the first dual camera that provides users with full 8K video and picture capabilities while allowing them to shoot like professionals with dynamically adjustable lens distances for the best 3D focus and zoom.

This new product by the two companies will also be able to attach the “soon to be released” Hydrogen One AR phone to the camera where users will be able to view 3D content live and in post as a viewfinder.

The new RED camera is powered by Lucid’s real-time 3D Fusion Technology, transforming the time and processing-intensive 3D workflow into an instantaneous point-and-shoot experience users crave. RED will be sticking to their unique design but will also incorporate two perfectly hardware-synced cameras which leverage a beam splitter to capture 3D. Once the content is created, all the high resolution 3D videos and images can be distributed on YouTube and Facebook as well as through RED’s curated content universe. 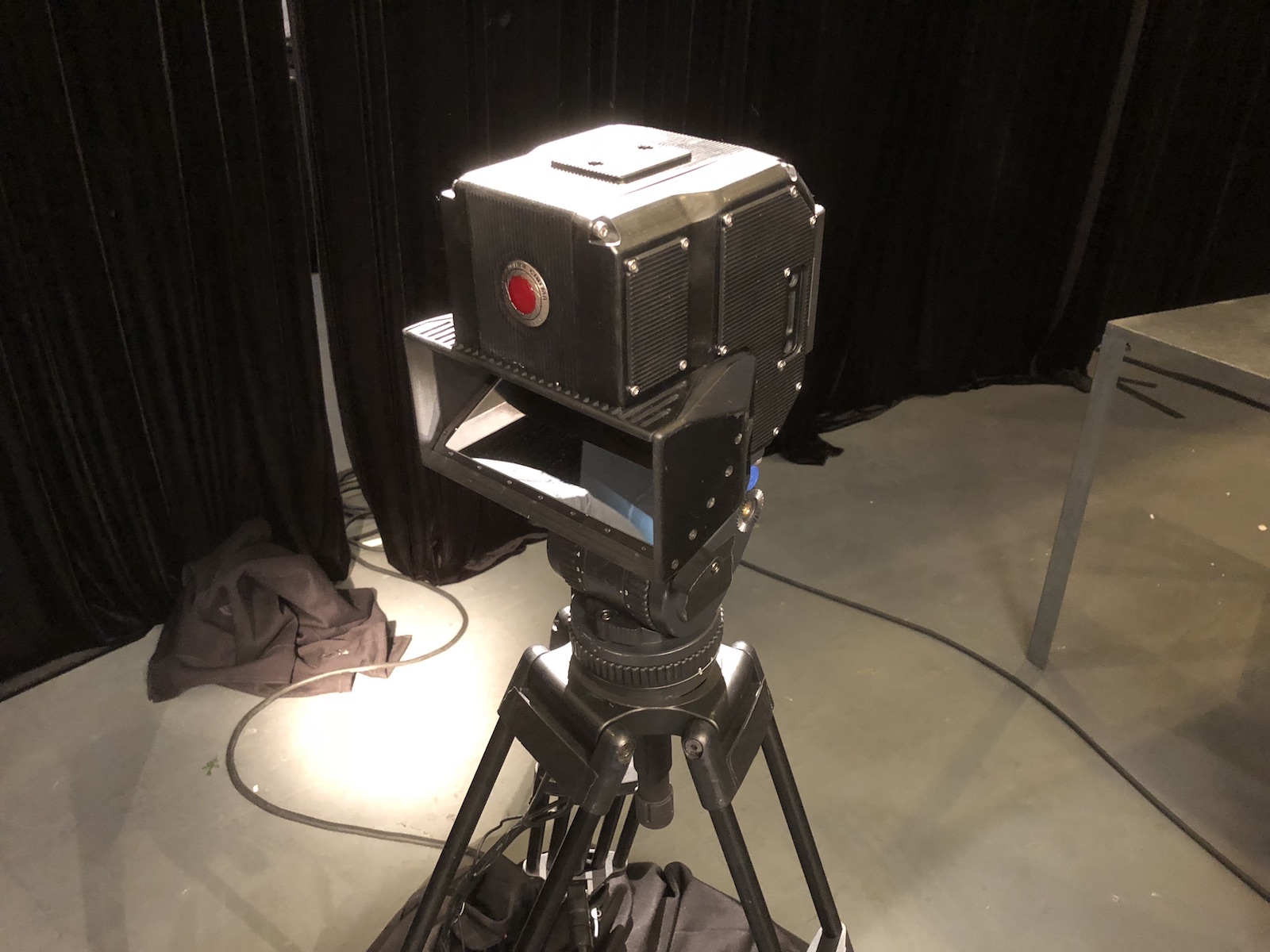 According to team Lucid, they have shipped and sold thousands of its VR180 3D Lucid Cams through Amazon and Best Buy as well as direct to consumers online, confirming the market interest and demand for creating and consuming such content. This partnership will allow the two companies to extend their customer reach beyond their regular user base and customers.

The unique functions of the Hydrogen One phone in combination with the new 3D camera were showcased at RED’s launch party on May 19th. Many people came to experience the holographic display capabilities called the 4-View, which provides a unique ability to let users look around and behind objects, and allows for viewing 3D, VR and AR content without any glasses or goggles. This phone also attaches easily to RED’s new camera and can act as a 3D viewfinder.

We got a chance to speak with Han Jin, CEO and co-founder of Lucid about this upcoming product. 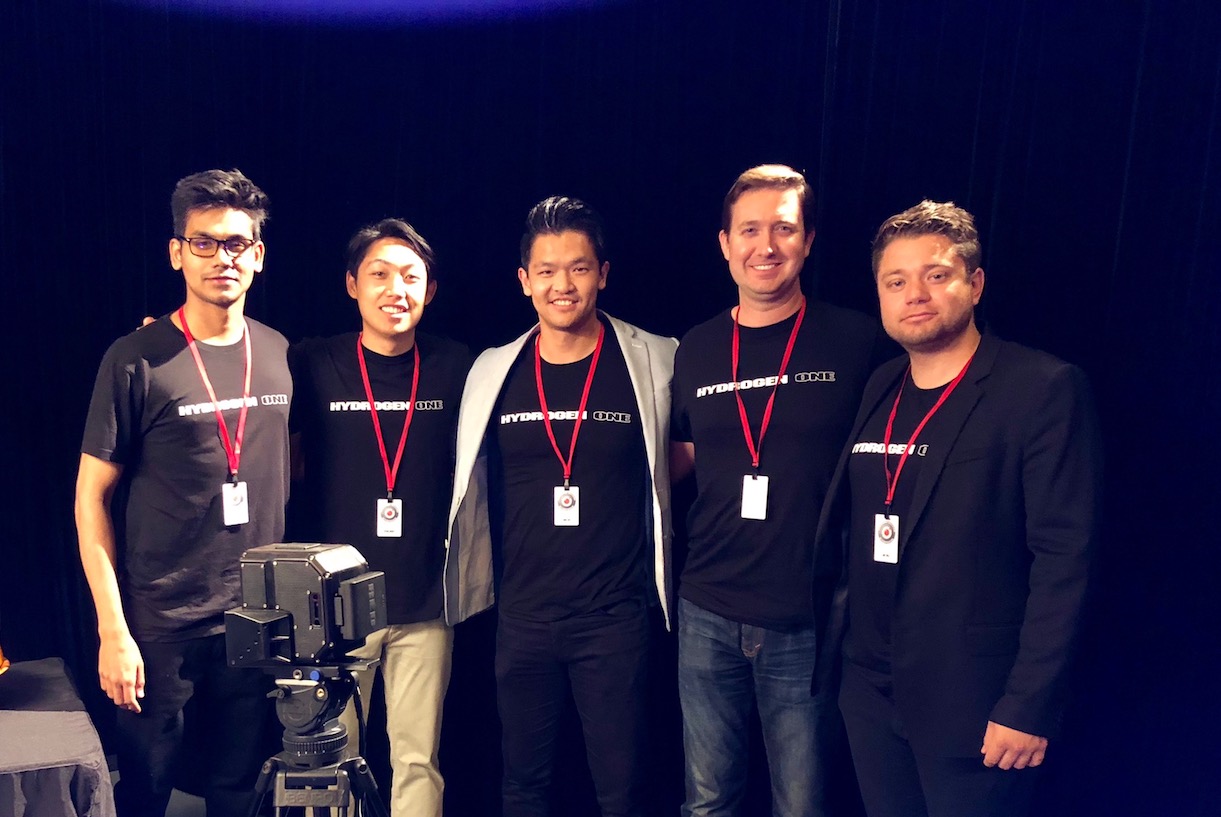 (VR): Can you tell us about the upcoming 8K 3D camera in a high-level overview?

(HJ): when we started with a dual camera for consumers we wanted to bring content creation into the hands of more people. And what we learned is there’s so much demand in that market. And the two main things which the industry is struggling with is high resolution and viewability of 3-D content. And so we decided to pair up with RED to build a 3-D camera which allows anybody to create 8K content, images, and videos. And so the specialty about the camera is primarily that you can adjust the deck by adjusting  the distances between the left and right camera lenses. And then you can really optimize how the immersive experience will be focusing on further away objects or close objects.

(VR): Talk to us about Lucid and how it first got started.

(HJ): Lucid is a computer vision startup which focuses on image processing to allow dual cameras streams to create or to to see the world the same way we see the world with our two eyes. Our processing technology which is called the 3-D fusion technology is based on the same processing algorithm and process which our brain goes through when we receive the left and white image of our eyes.

And so what we have done first — because there was no 3-D camera out there — we had to create our own. and that was the Lucid cam. Initially the idea came because my co-founder was working on robotic eyes and wanted to mimic human eye behavior. And I said “hey VR is taking off. Why don’t we rip out the eyes and create the camera.” And that’s how the Lucid cam came about.

Now a couple of years later we realize dual cameras are becoming a thing like on phones on drones on robots and almost everything. And the most exciting part for us was how can you view the content as well and share that experience. and with RED there was a perfect partnership.

(VR): How did you end up partnering up with RED?

(HJ): That’s a great question. So they were working on the Hydrogen One, which is a holographic phone, since early last year and they announced it in June. In June we actually launched our Lucid Cam. One of our cameras actually got ordered by RED and it was funny because they wanted to see it, as there aren’t too many 3-D cameras out there. They wanted to see how our content looks on the Hydrogen 4D display.

And if you could see the Lucid Cam output on the hydrogen that would be fantastic. And so we started working together just testing to see if our content would look good on the new platform and it looks fantastic. And so we helped them re-optimize the entire pipeline of how how to convert that in real time. And then later on we decided to partner up and build a way better resolution camera.

(HJ): RED is mostly focused on very high and very professional Hollywood kind of producers. And Lucid camera is focused on the everyday consumer. We wanted to meet in the middle where the prosumer and indie filmmakers can take that camera to create content which can be streamed and viewed directly on the hydrogen itself.

(VR): Why would this product be beneficial in today’s market?

(HJ): Number one: in today’s market everyone is having a really hard time creating high resolution content even with the new cameras like the Lenovo 180 camera and the Yi 180 camera. Even at 4K the resolution is not good enough. And that’s surprising. I mean like 4K TVs look great. But in VR and AR headsets 4k doesn’t get to the point where people want to adopt.

I believe with the capability of directly viewing, using the Hydrogen One as a viewfinder, two problems get solved. Number one is you will not have low resolution and you won’t see the pixels anymore when you view content on a headset or on the hydrogen.

The second point is you will not have a problem which so many people complain to us where they were capturing something with a 360 VR camera or a 180 VR camera where they just didn’t know what they were capturing; even with the new 180 cameras coming out with a normal display it doesn’t really give you the effect of what they’re actually capturing. So the process became really painful.

That means like you are capturing something where you don’t really know what you’re capturing and then you are viewing it in your headset and it looks terrible.

So you’re going back, capturing it again and repeating that process over and over and over and over again until you have a good perfect shot which is non-traditional to how we were shooting before. because we just look at it. But in 3D you have to have both and it has to be instantaneous.

The new RED Lucid 3D camera is set to roll out some time in Q4 of 2018. The exact pricing has yet to be announced nor the name of the new camera. It will also be distributed through RED and its reseller channels.