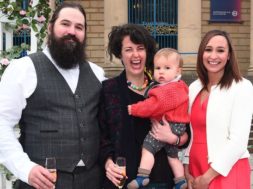 Yesterday Robin King, 33, surprised his girlfriend in what is believed to have been the “world’s first” VR proposal. With a virtual reality short film entitled “Love Virtually,” produced and funded by Santander’s UK 1I2I3 Current Account, King surprised his girlfriend of seven years, Kate (also 33), with the VR experience of a lifetime that ended with a diamond engagement ring and a happy couple. 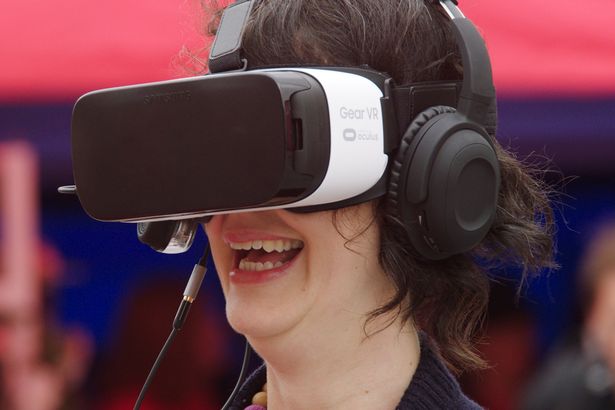 As if that’s not overwhelmingly exciting enough, the proposal was not the only twist. Santander ambassador, former Olympic gold metal winner Jessica Ennis-Hill guest starred at the proposal, helping Robin pop the question, and bestowing a generous check to the couple.

“I saw the call out from Santander while procrastinating on social media and thought ‘what a daft idea’, which is exactly why I wanted to do it. I knew I wanted to pop the question, but I was racking my brains to think of something really memorable and fun. I told Kate just enough of the truth to get her in the car and up to Sheffield; I said we were off to test a VR experience for Santander in return for £250. Obviously, there was a massive twist at the end, and she had absolutely no idea it was coming. We’re both thrilled with the result, and big thanks to everyone who helped arrange it. Now we just need to agree on a date.” 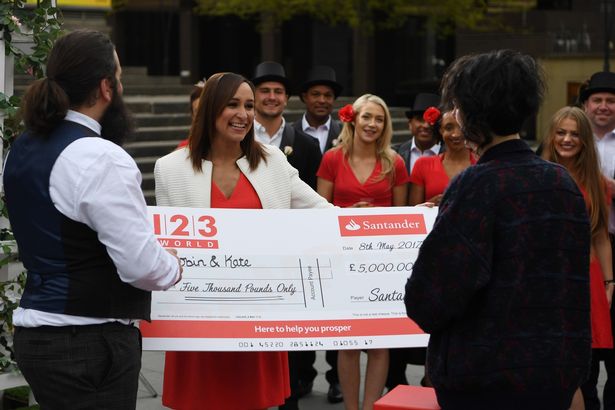 This is not the first brand engagement stunt from Santander. ‘Love Virtually’ follows on the heels of the recent ‘Suntan-der’ viral, which placed unsuspecting UK Santander customers in Gear VR headsets on a mystery field trip, which ended with them surrounded by a real beach, palm trees and Ennis-Hill presenting checks for £5,000 to spend on their dream holidays. Check that out here.

The 1I2I3 Current Account, which has 4.7 million UK customers, offers 1.5% interest on balances of up to £20k and up to 3% cashback on their household bills, allowing everyone to spend on the things they really want– like an engagement ring, or a wedding!