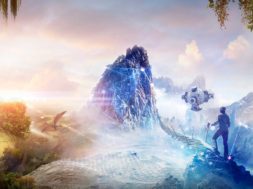 Many people today may have doubts about the future of immersive technology. Some people believe it to be a fad that won’t last the test of time. But this new show called Lost in Time by The Future Group may change your mind. For the first time in history, this TV show will be using interactive mixed reality to take viewers on a thrilling new adventure that combines gaming and competition.

Lost in Time will feature 8 episodes where contestants compete against one another in the virtual world. It’ll feature six different eras: Ice Age, Wild West, Roaring 20s, Jurassic Era, Medieval, and the Space Age. Throughout the particular courses, there will be 24 different challenges that fall into four primary game categories with each competition lasting around 90 seconds.

The Future Group combines the virtual world with physical props that makes this one of a kind TV show real. While rendering the digital overlay, contestants compete on top of platforms using some amazing gear. In an interview with Gamecrate, Bard Anders Kasin who is the founder of The Future Group explained a little bit more about this amazing project.

“Where to start? We are working on a social entertainment platform. At the center of this platform is a technology we call interactive mixed reality, which is a new type of mixed-reality technology, which allows us to merge real and virtual worlds into one. It’s basically integrating virtual TV studio technology on one side with games technology and mobile technology.

And it allows us to create some all-new experiences like the first show we’ve done, together with FreemantleMedia, which is called Lost in Time, which is the first show to utilize the platform. It allows us to take contestants and place them into virtual worlds on TV, where they can compete in basically anything. Where game shows were previously limited to pretty basic things like throwing balls and climbing walls and things like that, now suddenly you can travel to the middle ages and shoot down dragons. Or you’d be able to travel to Star Wars and fly on spaceships. That’s not something we’re doing with Lost in Time, that’s just a hypothetical example.

What’s unique is that we’re also placing those at home into the same virtual environment. They’re actually able to participate in exactly the same story as those on TV, and compete against those on TV.”

Something amazing about Lost in Time is that The Future Group has ported these mixed reality challenged onto their app which will allow you to play these games at home as well. “We’ve also added meta-features to ensure user retention, so that people also play throughout the week, and earn virtual currencies in order to participate in the biggest tournaments with the bigger physical prizes when the show is live,” said The Future Group Game’s Director Ellen Lyse Einarson. “A player at home will be chosen to win the same money reward that one of the contestants takes away, so it’s obviously in their benefit that the contestants do really well.” 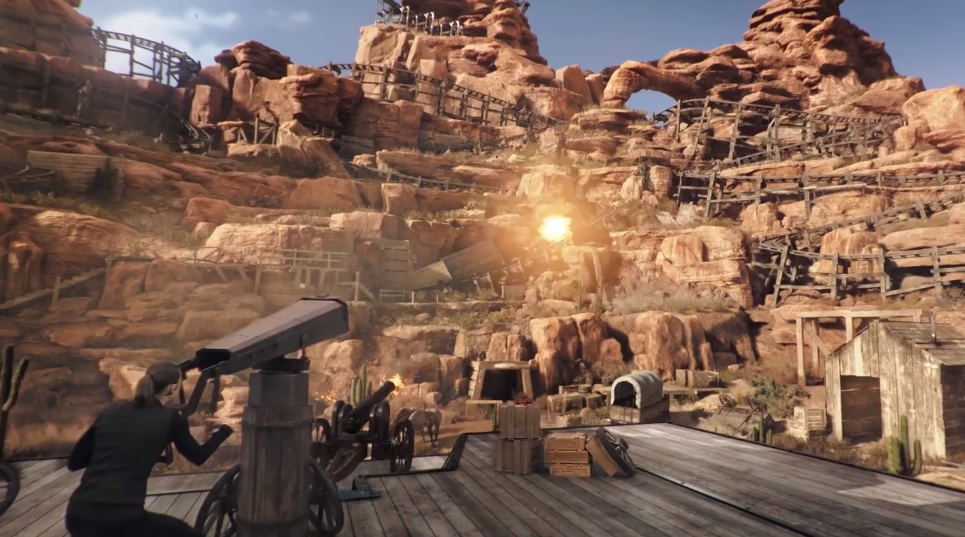 Currently, Lost in Time isn’t available to watch on live broadcast in the United States. The Future Group is working out of Norway and is currently in talks to bringing the concept worldwide. Do you want to see a mixed reality game show in your country? Leave your thoughts with us!