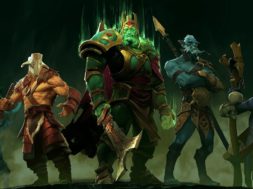 Dota 2 International Championship is currently underway where the best teams around the world compete for the world’s biggest esports prize pool of $24 million! Last year they set the record for the biggest prize pool of $18 million and they have set the bars again by breaking $20 million. And on the biggest esports stage, Valve is offering the best views in the house using virtual reality.

Viewers and fans can tune in to the tournament using a VR headset to catch all the action in glory. But you must make sure to take a couple of steps prior to tuning in.

You’ll be able to catch up on the past matches, the live matches, and other replays. You can jump into the VR theater with up to 15 of your friends and check out the biggest prize pool match in e-sports history.

This is history in the making so make sure to tune in to the Dota 2 International Championship to see who comes out on top! $24 million and counting, folks!