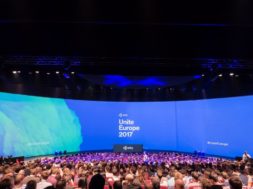 Today, Unity will be kicking off its annual developer conference called Unite Austin 2017. This event was created for artists, developers, educators, filmmakers, researchers, and storytellers who are interested in creating with Unity’s platform.

During the event we’ll be seeing a special keynote presentation from Oscar nominated, cult and sci-fi director, Neill Blomkamp. He will be talking about the future of real-time rendering as well as share an exclusive premiere of his next short film created using Unity.

During the event, speakers will also be diving into the latest Unity 2017.2. platform to talk about the new visual tools that can help artists and designers bring their imaginations to life whether its 2D, 3D, VR, or AR.

Unity CTO and Co-Founder Joachim Ante along with CMO Clive Downie will be making some special announcements at Unite Austin 2017 so make sure to tune into the the stream above.