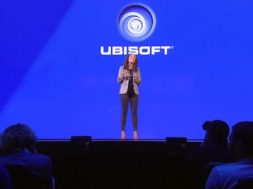 Ubisoft is another company that’ll be hosting an independent press conference today starting at 1PM PST. You can expect to see many updates and IPs with distinguishing features thanks to Xbox One X announcement made yesterday.

One of the highlights you’ll hear about throughout the press conference is Assassin’s Creed Origins which is set to debut on the new Xbox One X platform. In a short summary, you’ll journey into Ancient Egypt, the most mysterious place in history, during a crucial period that will shape the world. Discover the secrets behind the Great Pyramids, forgotten myths, the last pharaohs, and the origin story of the Assassin’s Brotherhood. For the past four years, the team behind “Assassin’s Creed IV Black Flag” has been crafting a new beginning for the franchise. Fight in a completely new way where you transition seamlessly between unique ranged and melee weapons, and take on multiple enemies at once. Choose your Assassin skills while exploring the full country of Ancient Egypt, engaging in multiple quests and gripping stories along a journey that will change civilization.

Ubisoft is rumored to announce some IPs in regards to the VR platform so tune in with us at 1PM PST as we’re sure to bring you the highlights from the Ubisoft Press Conference at E3 2017!