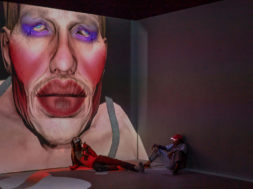 Cinema is continuing to evolve year after year where the freedom of expression and imagination is transforming. With the recent advancement of virtual reality, cinematographers, directors, and studios have been able to achieve something new in cinema using this new immersive medium. And Sundance has been at the helm of this new evolution for cinema through their program called the New Frontier.

This year, New Frontier programming will be encompassing two venues: New Frontier at The Ray and New Frontier Central, each of which will play host to a wide variety of media installations, a VR Cinema and panel discussions. This year’s Sundance Film Festival is scheduled to run from January 24th – February 3rd in Park City, Utah.

Below are the list of VR Cinemas that will be featured at the New Frontier during the 2019 Sundance Film Festival:

Ghost Fleet VR / U.S.A. (Lead Artists: Lucas Gath, Shannon Service) —An immersive look at the true story of modern slavery in the Thai fishing industry, told through the experience of one man’s harrowing ordeal to escape a prison of water after 10 years at sea. Cast: Tun Lin, Vithaya Pansringarm.

Last Whispers: An Immersive Oratorio / U.S.A. (Lead Artists: Lena Herzog, Jonathan Yomayuza, Meghan McWilliams, Laura Dubuk, Key Collaborators: Nonny de la Peña, Mark Mangini, Amanda Tasse, Cedric Gamelin, Marilyn Simons, Mandana Seyfeddinipur) — At an unprecedented speed faster than the extinction of most endangered species, we are losing our linguistic diversity—and the very means by which we know ourselves. This immersive oratorio is an invocation of the languages that have gone extinct and an incantation of those that are endangered.

Live Stream from Yuki <3 / Taiwan (Lead Artist: Tsung-Han Tsai, Key Collaborators: Meng-Yin Yang, Inch Lin, Pu-Yuan Cheng) — Yuki live streams her love life as usual to a group of supportive netizens, though an uninvited guest crashes the party and strips her of her disguise. Can you see what is real and what is fallacious? Cast: Jia-Yin Tsai.

Marshall from Detroit / U.S.A. (Lead Artists: Caleb Slain, Felix Lajeunesse, Paul Raphael, Key Collaborators: Stephane Rituit, Ryan Horrigan, Paul Rosenberg, Eric Hahn) — Growing up, Marshall Mathers dreamed of rapping his way out of Detroit. Years and fortunes later, he still hasn’t left. Join him on a night ride through his hometown, where the mirrored struggles of Eminem and the Motor City speak to the heart of what we call home.

VR and AR Exhibitions at the New Frontier during the 2019 Sundance Film Festival:

Grisaille / U.S.A. (Lead Artist: Teek Mach, Key Collaborator: Joel Douek, Andrew Sales) — In 2016, a young artist traded her paintbrushes for a headset and began inhabiting virtual reality more than the real world. In this VR installation, join her in a recursive exploration of the infinite self. When your body leaves the experience, your presence lives inside her ever-expanding virtual painting.