Light Tracer For PSVR Puts Together A New Twist 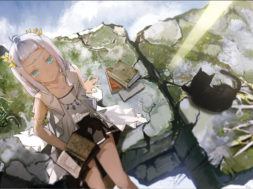 Light Tracer For PSVR Puts Together A New Twist

Today, Oasis Games has announced that its new puzzle platform VR game, Light Tracer, will be making its debut this September for PlayStation VR. Developed by Void Dimensions, Light Tracer will take you on a light-hearted adventure where you play as a godlike character that must guide a princess to the top.

In the trailer, you can tell how important the point of view will be. Oasis Games has emphasized that solving a puzzle is a matter of seeing things from the right perspective, which will lead to players finding themselves constantly grabbing and spinning the game tower with the controller.

Additionally, with the light staff, you’ll be able to tell her how where to jump and point her in the right direction. The princess wields a short sword as well which you can tell her to swing the sword.

Light Tracer will have eight distinguishable chapters with their own unique environments. They will have different styles to their puzzles including gravity and monsters. Every level will also end in a tough boss fight where you have to figure out the boss’s style to defeat them. You have to strategize and use your reflexes to outsmart the opponents.

“LIGHT TRACER brings a new style of platform game to PS VR players, offering a journey of challenging puzzles, colossal heights and artistic visuals,” said Alen Wu, Business Director at Oasis Games. “You’ll need both hands to save the Princess: one to guide her using your Light Staff and the other to spin and manipulate the mysterious tower to open a path to save her people from a tragic fate.”

Are you up for this light-hearted challenge?