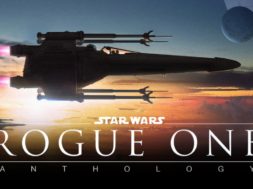 Star Wars: Rogue One is one of the most anticipated movies during this holiday season with pre-sale tickets sold out all over the nation. The new movie will be out on December 16th and many fans will be sure to watch it multiple times. The story takes place between Episode III and Episode IV of the saga where a group of heroes join together to take down the Death Star.

With only being a few weeks away from the premiere, People magazine decided to go behind the scenes of the Rogue One movie in 360 VR with the use of the Life VR app. Throughout the short 360 video, you get to see some of the set designs and the alien like characters on what appears to be a dry planet. You’ll see a mix of storm troopers and bandits fighting against the rebels.

The BTS also shows how some of the shots were captured for the movie. The director calls out the commands and sets up the scene for what looks to be an interesting scene.

The Life VR app is available on both iTunes and Google Play but to experience this exclusive behind the scenes footage in VR you must use the Google App along with the Cardboard or Daydream View headsets.

tags: 360 video behind the scenes in 360 vr bts cardboard vr daydream view vr google rogue one 360 video rogue one in vr rogue one: a star wars story star wars 360 video star wars behind the scenes star wars vr Virtual Reality vr headset vr news vr video
previous Get A Taste Of What The Tough Mudder Is All About In This 360 Video
next Check Out The Assassin’s Creed VR Experience On The Oculus Rift And Samsung Gear VR
Related Posts