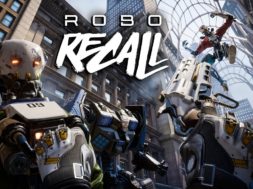 Robo Recall is the daring, exclusive AAA VR game that released just yesterday on the Oculus Rift headset. Developed by Epic Games, you’llbe thrown into an action packed adventure where you combat against evil robots. Exclusivity has become a current day issue for the VR platform as there isn’t a universal API quite yet. But with the use of a Mod called Revive, you’ll be able to experience this exclusive game on the HTC Vive.

Indicated through the video above, you can see how a YouTuber named MERPTV is playing Robo Recall using his HTC Vive. The gameplay shows that the VR game runs smoothly with his current PC setup. All he had to do is download and run the Revive Mod, which let’s you boot up multiple exclusive Oculus titles including Robo Recall.

Below is the installation guide:

Always check the compatibility list before making a purchase.

If you don’t see the Revive tab, go to the start menu on your desktop and start the Revive Dashboard.

If you want to adjust the advanced settings in Revive you should download OpenVR-AdvancedSettings which includes a settings menu for Revive.

Oculus has released Robo Recall for $29.99 on their marketplace store. For those who own an Oculus Touch, the game is free. For those that are trying to play it on the HTC Vive, you’ll have to fork over the money and download it onto your Oculus Home. Some subtle changes between the Vive and Rift are the controllers. While the Touch has thumbsticks, the Vive controllers have a trackpad. So moving around in the game will be a little bit different.

For all the HTC Vive users out there, if you want to play Robo Recall, this will be the best method in playing the exclusive game.