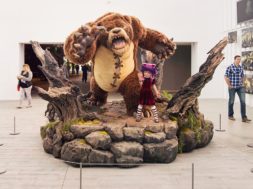 Riot Games co-founders have announced that they are planning to hand over the League of Legends keys to their team so that they can focus on creating their second AAA title. Founders, Brandon “Ryze” Beck and Marc “Tryndamere” Merrill founded the company back in 2006 to dedicate their time in creating this massive MOBA game.

In a written post, the two founders described their next steps as creators and what they are looking to accomplish moving forward.

We wanted to share an exciting piece of news with you all: the two of us are actively changing our roles to be much more focused on games again.

When we founded Riot eleven years ago, we spent virtually every waking hour of the day (and night!) thinking about how to make League of Legends as great of an experience as possible. As League started having success however, Riot Games grew from those humble beginnings where we could feed the whole team with a handful of pizzas to now having over 2,500 Rioters across 20 offices around the world. This growth has lots of benefits: our capabilities improved, our reach broadened, and we could deliver League of Legends and esports to more players than ever before. But this growth also meant that the majority of our time is allocated to “managing” the company rather than focusing on creating incredible experiences for players, which is what we really love to do.

We haven’t been on this journey alone of course, and have been lucky to assemble a very capable and driven leadership team of gamers over time who believe in our mission just as much as we do. In our new roles we’re going back to focusing on what is ultimately the most important thing we do: making great games. Dylan Jadeja (CFO), Scott Gelb (CTO), and Nicolo Laurent (President) will tank company operations; all three are longtime Rioters who have been integral to shaping our company’s vision, strategy, and culture over the last decade. We are thrilled to be able to have a great team of such capable leaders and look forward to working with them to finally put the “s” in Riot Games.

We’re incredibly excited to jump back into the trenches for this next chapter and look forward to sharing what we’re up to along the way. Thanks to all of you for continuing to make our dream jobs possible.

Beck and Merrill are looking to expand their portfolio by discovering what their next big game looks like. As explained above, the two founders are looking to create a game that puts the “s” into Riot Games. Will it be a conventional desktop game or are they exploring new territories such as VR?

The two have been forward thinkers so expanding on to an immersive platform may not be out of the question. League of Legends is currently one of the biggest games in the world with over a hundred million players. They also staff over 2,500 people across 20 offices worldwide. Riot Games has the capabilities of launching a successful and popular game next to the likes of Activision (who owns Blizzard) and EA (who owns many entities).