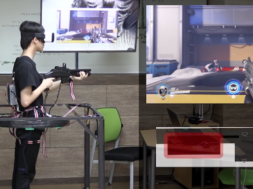 When it comes to gaming, South Korean gamers are known to be at the top. Whether it’s League of Legends or Overwatch, they have a number of skilled players that dominate the scene. And with such infatuation and love for video games, a group of high school students in a science club called SADA at Gyeonggibuk in South Korea have invented a way to play Overwatch in VR with full-motion tracking.

They used a number of components to achieve this full-motion tracking device for the Overwatch game. The main components comprised of a Samsung Gear VR headset, Samsung smartphone, ball bearing, IMU sensor, arduino, laptop, an analogue joystick, copy of Overwatch, and a DIY motion recognition device. 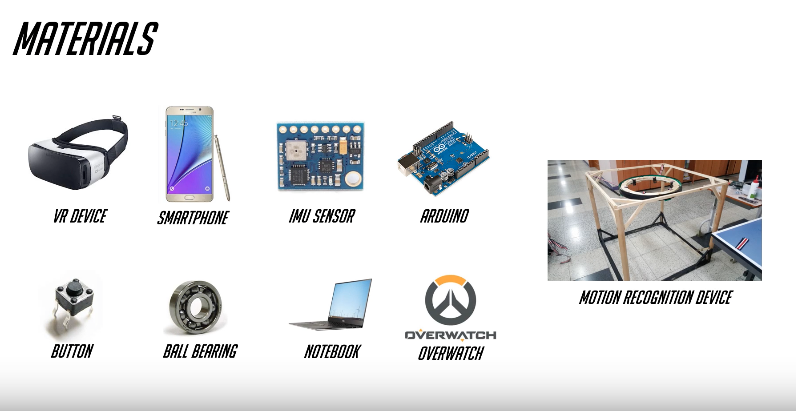 In addition, they rigged a toy gun with sensors to mimic Soldier 76’s infamous rifle. They included a reload button on the bottom, a biotic field button by the ammo clip, Heavy Pulse Rifle fire on the trigger, Helix Rockets behind the trigger, and a sprint button behind that. 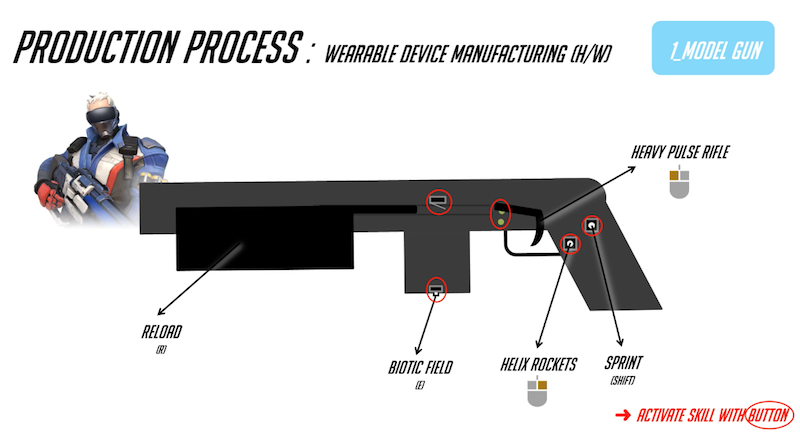 It’s quite impressive how young high-schoolers created such an inventive rig to play Overwatch in a VR setting with full body tracking. This is on top of the gun that they rigged to be tracked in the VR space. In the video above, you can see the demonstrations of each button working in VR settings. Even the melee action is tracked in VR. Something clever they did with the Samsung Gear VR is that they put the ultimate button on the controller found on the headset. This is similar to how Soldier 76 summons his ultimate ability in the game.

While this may seem unrealistic to play in competitive mode, the video demonstrator shows how you can play in a multiplayer setting. He actually summons his ultimate ability and gets a triple kill with Soldier 76. We hope to see more inventive projects such as this in the near future.