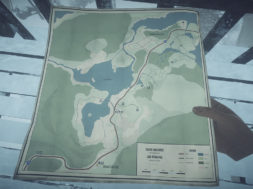 Sony has created a lot of excitement over the past few weeks in regards to their plans in expanding their PSVR content. Today, the company announced the release of Kona VR for PlayStation VR.

In this game, you’ll be virtually experiencing the eerie and chilly atmosphere of Kona. Taking place in October 1970, players will be stepping into the shoes of detective Carl Faubert to explore the mysterious surroundings of Atamipek Lake located in Northern Quebec. You’ll have to investigate a murder that took place in the small town and battle the harsh winter to survive.

This is a single player experience where you will inspect your surroundings using VR. Kona was first released as a non-VR game but has been ported over to PlayStation VR. It was created by a small studio called Parabole and provides quite an interesting story. The game was developed on the Unity Game Engine.

The mechanics itself are quite nice in the VR port. The voice acting is pretty good as well. The game is available today for $19.99.