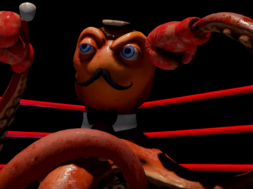 We recently got our hands on Knockout League VR for the HTC Vive and there’s a lot of things about the game that has us excited. Let’s start with the basics. This particular game is one of the first titles that Vive Studios has published under their own brand. Knockout League was developed by Grab Games, a studio founded by former Konami developers and veterans with decades of experience in creating magical works of art.

“We’re excited to be supporting great developers at Vive Studios, and partnering with Grab Games on Knockout League is another step forward in bringing high quality, super fun VR experiences to market,” said Joel Breton, Head of Vive Studios. “Knockout League is a fast-paced boxing game that will give you a real work out, combining the action of arcade-style fighting games with the thrill of physically fighting opponents in VR.”

Knockout League is a single player game that allows you to box with the “VR legends” and obscene characters that you’d think were a little crazy. The mechanics of the game were great overall. However, when you try to strike your enemy, some of the punches won’t register in the game which can drive you nuts because the opponents would throw crazy hay-makers that’d pretty much knock you out. But when you can get shots in on your opponents, it’s greatly satisfying. Also, when you dodge the opponent’s punches, it sometimes hits you anyways. It can either be due to the fact that the timing is wrong, you’re not moving far enough away from the punches, or it’s just a little glitch in the game. 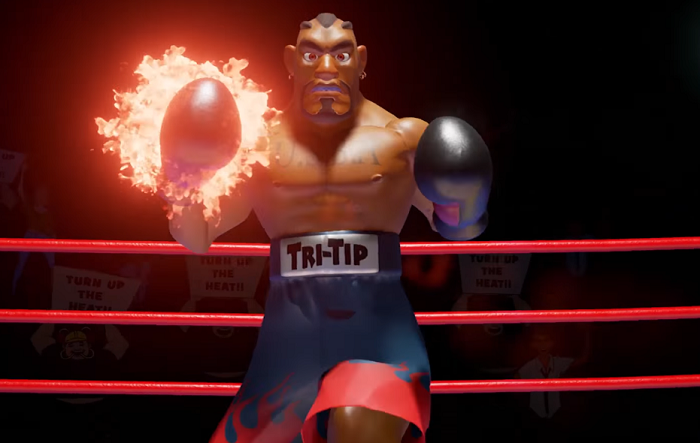 The game is also a great way to exercise. In Knockout League, you definitely have to weave and duck to dodge the oncoming onslaught to beat the opponent. The characters can get quite difficult as they throw some trickery at you. Opponents also develop crazy strength the more you punish your opponents. By the end of a match, you’ll definitely feel the sweat developing on your forehead.

We’ve had multiple people try out the game and no one really experienced motion sickness from playing Knockout League, which is quite surprising because you do have to move a lot in this game while being stationary. The graphics are also really crisp. Nothing really looks pixelated and actually looks high quality. The game also doesn’t require you to be a fan of boxing. It’s more of an interactive way to exercise, have fun, and enjoy a great VR experience.

“As huge fans of the boxing genre, we’ve always wanted to build a unique action-based boxing game, and Vive gives us the perfect platform to realize that vision,” said Anthony Borquez, CEO of Grab Games. “We’re eager to see how gamers embrace this kind of VR experience and give us feedback on early access as we create future content. Our team has more than ten years of experience in game development – we’re passionate about games and we want to bring the same kind of memorable experiences to virtual reality.” 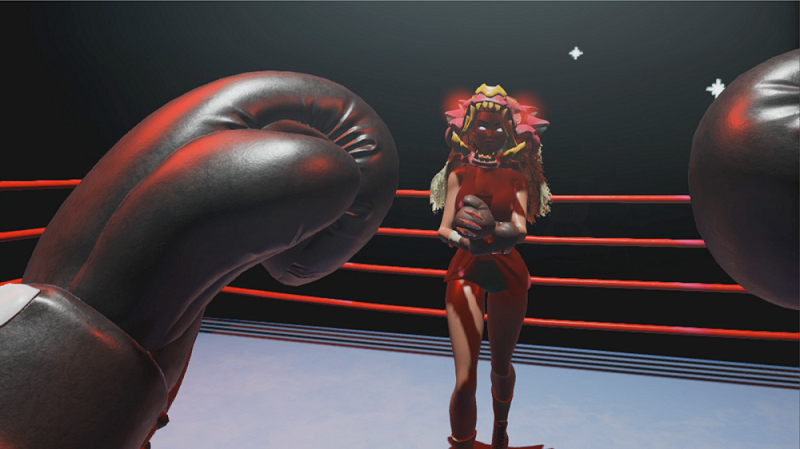 Grab games also mentioned that they’ll be adding compatibility to the newly announced Vive Tracker which enables to use ordinary objects in virtual reality.

The game is still in its early access phase but it’s definitely an experience we recommend. The game isn’t expected to fully release until April at the earliest. For those of you that are interested in trying out the game, the early access version is available on Steam for $17.99 exclusive to the HTC Vive. It has a lot of positive reviews already so we definitely recommend you sampling Knockout League prior to its full release.