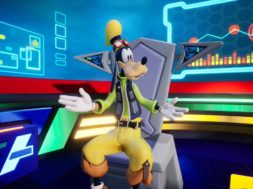 KHInsider was able to capture a quick stream and walkthrough of the VR experience which shows many details of the fantasy world including the iconic characters such as Donald Duck.

The Kingdom Hearts VR experience is more of a immersive 10 minute interactive video from the franchise. You go through the video where you can look around all the details and revisit your favorite settings and characters. Users will be able to control which portal the Gunmi ship goes through.

In the experience you will be in the shoes of Sora where you are on your way to Destiny Islands. And on that journey you will encounter many familiar faces. And once you get to Destiny Islands you will see a huge celebration about the franchise. You will be able to view all three openings for the game.

While it may not be the “VR experience” we were hoping for, it still provides a vivid picture as to why Kingdom Hearts is beloved by millions around the world. Kingdom Hearts 3 is set to release in Japan on January 25th followed up by a world-wide release on January 29th.