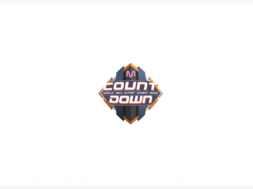 KPOP has recently been taking flight all over the world as we’re seeing more acceptance in diversity of music. KPOP boy bands such as BTS actually won “Top Social Artist” this year at the Billboards Music Awards beating out the likes of Justin Bieber and Ariana Grande. And as the fandom rapidly grows we’re seeing conventions and festivals oriented around KPOP rise, such as KCON.

KCON is an annual Korean wave convention held in different locations across the world, organized by Powerhouse Live, Mnet Media, CJ E&M and Koreaboo. This year, the festival was held in New York where many famous KPOP bands performed and made an appearance. KCON was able to document the event in 360 and have released a six part series to the event.

KCON has released these videos for anyone interested in KPOP to see. KCON LA 2017 is also kicking off today where artists such as Astro, Cosmic Girls, Girl’s Day, GOT7, Heize, Kard, NCT 127, Seventeen, Super Junior, VIXX, Oh My Girl, and Kim Tae Woo will be performing for the next 3 days.

KCON is also planning on bringing their festival to other cities around the country this year such as Sydney, Australia and Palma de Mallorca, Spain. Make sure to stay tuned for more updates!