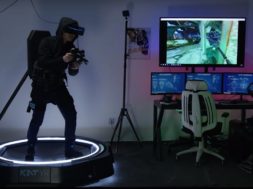 KAT VR has recently announced that they will be producing an omni-directional treadmill called the KAT Walk Mini. This treadmill is supposed to be the world’s first universally compatible treadmill for VR that wont restrict your body and arms movement.

The KAT Walk Mini was designed with everyday consumers in mind which comes in a smaller package then its original KAT Walk treadmill that weighs around 421 lbs. This solution harnesses an unrestrictive floor design which will allow you to perform a variety of actions safely and smoothly while being buckled up on a chair.

KAT VR first launched the original KAT Walk treadmill back in 2015 through a Kickstarter campaign. The company was able to raise around $150,000 with 231 backers. This was a successful campaign for them as their original goal was to reach $100,000. And while KAT VR originally announced that they will be launching a Kickstarter campaign for the KAT Walk Mini, they have gone the route of partnering up with other companies to complete their R&D phase.

“As you know we previously mentioned that we will launch the KAT Walk mini on Kickstarter crowdfunding platform, and we were surprised by the amount of love and support we got in a matter of hours of publishing the news. However after some successful cooperations with our business partners we now have the resources and ability to proceed with the research and development of the KAT Walk mini without the need for crowdfunding.” – KAT VR

KAT Walk Mini will start at $1,499 for early adopters and will quickly rise to $2,499 by May 8, 2018. While some consumers have had mixed feelings about this price point, the company believes that this is what the product is worth. It provides a further immersive product that can benefit a user’s VR experience. 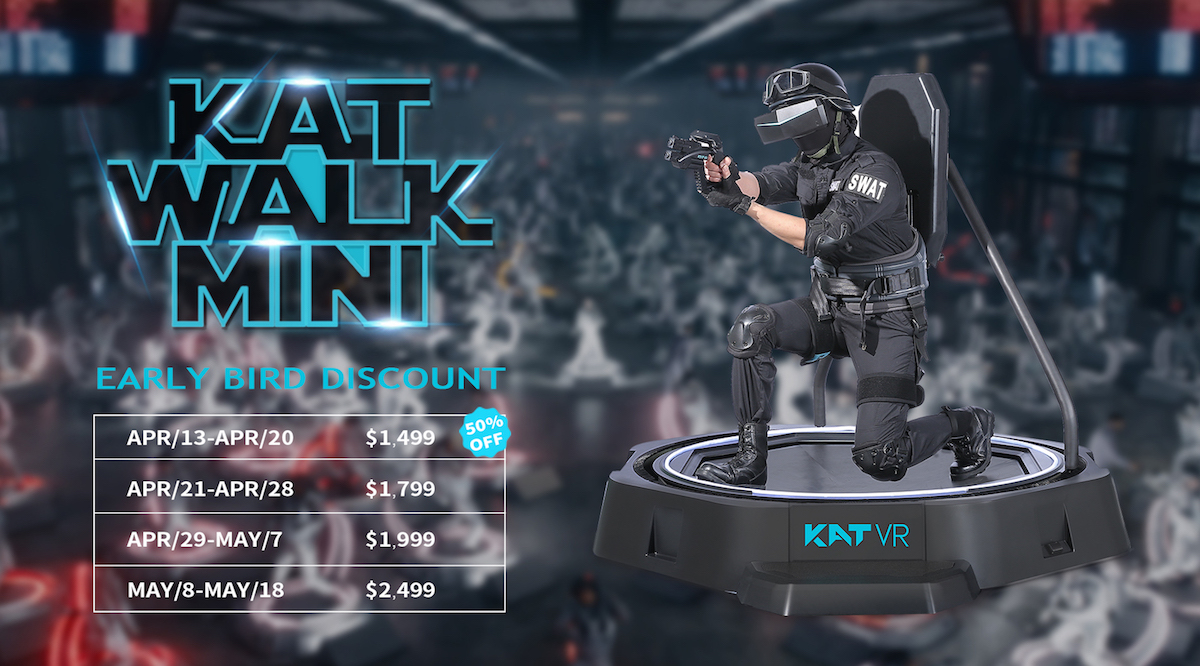 Their isn’t a hard set deadline on when the product will become available but that will soon be announced in the near future. Stay tuned for more information.