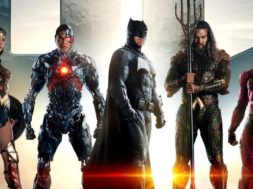 Justice League is one of the most anticipated films of the year, set to release on November 17, 2017. It will feature the likes of Batman, Wonder Woman, Aquaman, and Flash who form a team and identity called the ‘Justice League.’ This new team is here to stop evil beings planning to destroy all of mankind. And what better way is there to experience Justice League than to catch them in VR.

IMAX and Warner Bros. have just announced a new virtual reality co-financing and production agreement to develop and release three interactive VR experiences based on their upcoming superhero and Justice League movies. The two companies plan to launch one VR experience each year, starting with Justice League VR in late 2017. It will be followed by a VR experience for Aquaman in 2018 and an unannounced super hero movie for 2019. Wonder Woman is currently not on the list. The experiences will be available on VR devices and at the newly constructed IMAX VR Centre in Los Angeles.

“It’s fitting that with IMAX and Warner Bros.’ shared history of launching Hollywood movies in IMAX theatres, today we’re entering into our first studio deal to bring original VR content to the multiplex,” said IMAX Corp. CEO Richard L. Gelfond. “A key component of our vision for VR is to help usher in the first wave of high-end blockbuster-based content. Justice League and Aquaman feature some of the most beloved characters on the planet, providing iconic properties to launch this effort.  This type of premium content will introduce audiences to virtual reality in standalone and multiplex-based IMAX VR centres as well as other platforms.”

Hollywood is certainly buzzing over releasing VR experiences for major blockbuster hits as they allow users to experience a deep interactive connection between themselves and the movie.

“We are excited to be partnering with IMAX to develop and deliver premium VR experiences, and believe that capitalizing on Justice League and Aquaman characters from our well-known DC properties will broaden the appeal of this fast growing technology,” said Ron Sanders, President, Warner Bros. Worldwide Home Entertainment Distribution.  “Using content and characters from these upcoming films and incorporating creative direction from some of Hollywood’s most innovative filmmakers will help us to bring a groundbreaking experience to audiences and consumers who are hungry for a cutting-edge virtual reality experience.”