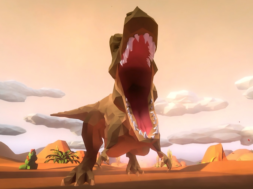 Tribeca Film Festival was full of magic and wonder this year with many studios and companies showcasing high quality VR content. We got to demo Baobab Studios’ upcoming Rainbow Crow (which was amazing) and many other compelling VR experiences. And while they were all fascinating and unique, Within gave us a chance to demo something a little different called Life of Us. 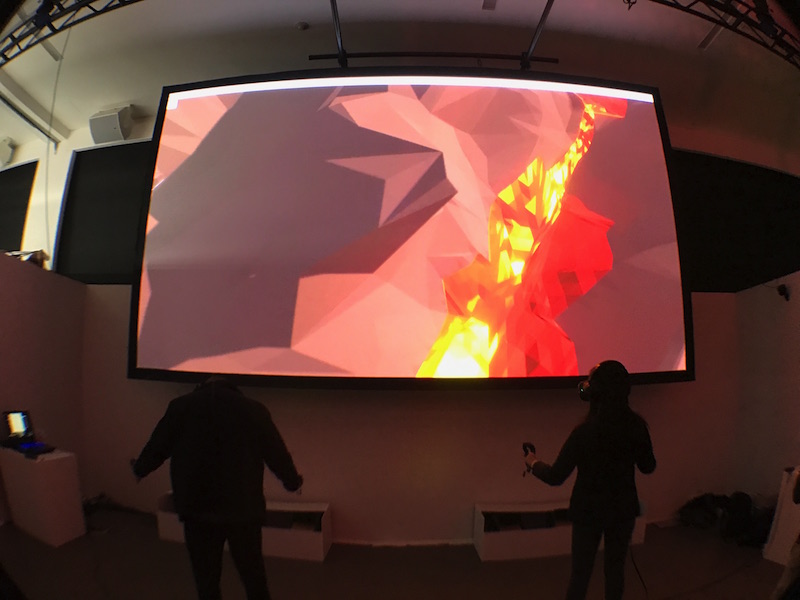 In this VR experience you start off as a single-celled organism that’s making it’s way through the evolving world. From the perspective of the organism, you start incorporating motions and voice-overs to become more immersed and animated within the story. Life of Us becomes quite unconventional compared to most other VR experiences by allowing us to talk to each other. You sort of gain this Chip N’ Dale’s squirrel voices which just adds an entertaining layer to the overall experience.

As you continue to evolve you become more advanced, evolving into animals such as tadpoles, lizards, pterodactyls, gorillas, humans, and even robots. As a tadpole, you are swimming through the water where you can blow bubbles by speaking. The longer you talk, the bigger the bubble gets. As a lizard, you are essentially running on your hind legs. There’s a terrifying dinosaur by the name of T-Rex that really wants to eat you. The only means of escape is to jump off a cliff where you become the pterodactyl.

From there you soar through the sky as the flying dinosaur and see the volcanic world beneath you. You are given the ability to rage fire from your mouth as you speak in the VR experience. I had the chance to blow fire to my counterpart which hindered his vision a bit (quite funny).

As you go further up in the food chain, you are give different voices and abilities which makes it a lot of fun to interact in the VR space. At the end of the 8 minute experience, you become a robot in a disco room where you can dance your hear out with your friend. Life of Us was definitely a joy to play and Within did a great job with the current demo. Look for Within to release the full version later this year! Life of Us was demoed on the HTC Vive.