Jay And Silent Bob Are Coming To VR 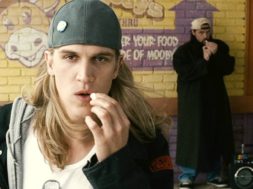 Jay And Silent Bob Are Coming To VR

Jay and Silent Bob were some of the most iconic characters in the 90s when they made their first debut on the bigscreen through an indie-comedy movie called Clerks. Now, in 2018, they are about to make their debut in virtual reality with an upcoming live-action comedy called Jay and Silent Bob VR.

Directed by Kevin Smith, the original director of Clerks, Jay and Silent Bob VR will be shot through the point of view of Silent Bob as Jay embarks on another idiotic adventure.

According to The Verge, this upcoming VR comedic series will be in partnership with STX Entertainment’s Surreal division, which handles VR and immersive entertainment production for the company. We know that STX Entertainment is also working on a project with Michelle Rodriguez (Fast and Furious) for an upcoming VR series called The Limit.

Reportedly, the Jay and Silent Bob VR comedic series will begin filming soon and will be released some time in the foreseeable future.

tags: jay and silent bob
previous Explore The Hoover Dam In VR Like Never Seen Before
next Blind Is A Unique Upcoming VR Game That Uses Echolocation To Find Your Way Around
Related Posts