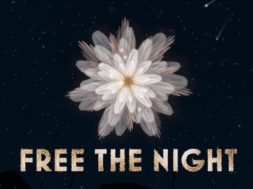 Jaunt Studios has announced that they will be releasing their first full-length six degrees of freedom (6DOF) original VR experience called Free The Night. The experience will be available to be viewed on Jaunt’s redesigned app for the Windows mixed reality platform.

Free The Night was created and directed by Nicole McDonald who got her inspirations to create this VR experience through her childhood memories, gazing into the night sky with her father. The experience will take viewers on a journey to the stars of the night sky. Throughout the immersive experience, you’ll be interacting with the world around you such as picking lights out of a city skyline. Viewers will also be seeing and hearing the lights extinguish then reignite as the lights are placed back into the night sky where they belong.

Once the liberation of the night sky is complete, slight touches or swipes will trigger real-time physical reactions: stars swooping, dancing, travelling all around viewers, and so much more. Free The Night was a collaborative effort between many parties including Jaunt Studios, K.C. Austin (lead developer), Giant Propeller (animation studio), and Framestore (creative studio).

While participating in the experience, viewers may recognize the voice-over from the film as none other than Meryl Streep’s daughter, Grace Gummer, currently starring on USA Network’s Mr. Robot. Free The Night will be available this Friday on the Jaunt VR app for Windows VR.