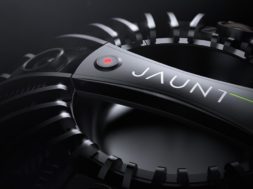 Jaunt VR announced today that their app is now available for the PlayStation VR system. With the large PlayStation community Jaunt VR hopes to expose more people to cinematic VR. Jaunt has many 360 VR videos available to stream and with the use of the newly released headsets, millions will have a chance to watch and experience what it’s really all about. Jaunt’s entire catalog – including more than 150 high-quality and award-winning, immersive VR experiences spanning travel, sports, music, film, horror and more – is available to download today on all PlayStation 4 consoles.

“We’re thrilled to introduce our dynamic list of immersive VR experiences to users on a platform that is quickly evolving to be more than a gaming console,” said George Kliavkoff, president and CEO of Jaunt. “We’re committed to entertaining our users, wherever they may be. And the Jaunt VR App for PS VR not only brings hours of cinematic VR content to viewers worldwide, but also ensures that Jaunt continues to be available on every major consumer VR platform available.”