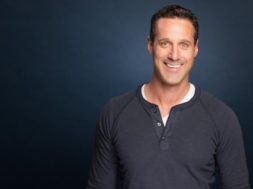 Jason Rubin, VP of Content at Oculus, is a well respected leader in the VR industry. He’s provided the Oculus community countless announcements and sales that triggered consumers to take action. Today, through the Oculus blog, Rubin released his opinions on the “State of the Game” and where Oculus is headed in the future.

“It’s been 131 days since I last weighed in on the state of VR. With today’s launch of Lone Echo and Echo Arena and our Summer of Rift sale underway, this seems like a good time to revisit the market and where we’re headed.

Echo Arena’s open beta weekends had the best reception we’ve received on any new title to date. “This is it,” we keep hearing. “This is the killer app.” The truth is that VR’s going to generate a lot of killer apps as it matures, but any journey starts with a first step!

AAA games like Echo Arena are coming at a steady pace now, as we’re launching almost one a month between now and the end of the year. Last weekend, we announced our first major 2018 title, and we’ll have more big 2018 titles to announce as this year progresses. Behind the scenes, we’ve already quietly started working with key developers on our 2019 slate. Rest assured that the hits will keep coming to Rift and increase the diversity and quality of our PC content library.

We’re finally hearing the words we wanted to hear from the community. On Reddit and on the Oculus Forums, we’re seeing the community reacting positively to our content offering. We’ve gone from, “I can’t wait to see what the future brings,” and, “I know VR is going places,” to, “What should I try next?” and, “My wallet hurts!” In short, we’ve reached the point at which there are more great games in the store than consumers have time to play. We saw people loading up on content during the Oculus Store Summer Sale in a way they didn’t a year ago because there’s such a backlog of titles they want to try.

Our investment is paying off. Multiple games have passed the $1M mark, and players have logged more than 1.3M hours combined in our top five apps by time spent since launch. There’s something for everyone, and as our community continues to grow, even more people will be inspired to step into Rift and experience the action first-hand.

That’s great for consumers and great for developers. And that’s the formula for a healthy ecosystem.

The missing piece was a mass market hardware price. So Oculus did that too.

I’ve said it before, and I’ll say it again: Price matters. Lowering the price point of high-end VR hardware is a win for consumers, a win for developers, and a win for the industry as a whole. As PC and component prices continue to drop, VR will become increasingly affordable, attracting even more people to the highest-end experiences that VR has to offer. That’s why our new all-in-one bundle of Rift + Touch in the same box is in the price range of a console with a compelling library to back it up.

Oculus has been consistent in this messaging, and we are delivering. It takes time to make great titles. And it takes time to get pricing down. We’ve put in that time, and we’re all now ready to reap the reward.

With Summer of Rift bringing more people to the community, we look forward to fuller lobbies and more multiplayer magic. VR shines when you’re sharing a virtual space with other people. We now have many titles that are delivering on the social promise, and we’ll continue to invest in that space.

For VR to succeed, it needs the community’s help. We’re tuned in and see you spreading the message. Let’s bring VR to the world together!”

What are your thoughts on the future of VR, Oculus, and the community?