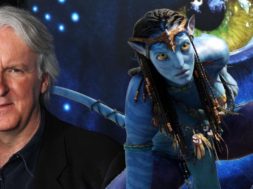 James Cameron who is famously known for films such as Titanic and Avatar is one of the frontrunners in the Hollywood industry. Most of his movies become a sensational hit where it breaks the billion dollar mark at the box office and sets new records.

Cameron uses the latest technology to help create these crazy budgeted movies and he seems to have a keen interest in the VR realm as well. In an interview which seems to be a few year old, he states that he has a vested interest in the field of virtual reality.

“If I wasn’t making the Avatar film I’d be experimenting with VR,” said Cameron. “I work in a VR environment (referring to the Avatar set) all day everyday.” He also mentions that what people claim to be VR really isn’t VR. “It’s really omni-directional camera. You don’t really have any spatial control. True VR you can move around,” said Cameron.

Cameron wants to see VR reach a state where you have the freedom to roam in a virtual world with Avatar level graphics. But he states that’s still far from reality. “To do that up to a level of the kind of images we have in Avatar, I think that’s several generations of technology away.”

Today, we are seeing pretty high levels of graphics in games such as Robo Recall or Lone Echo. We are able to see expressions on characters’ faces and have locomotion movement in these high quality environments. Is it Avatar level graphics? Not yet, but it seems pretty close.

Cameron leaves the interview saying, “Show me that, then I’ll say let’s make movies in true VR.” How far do you think we are from reaching Avatar level qualities in graphics in VR that’s playable at 90 FPS. Will it take a decade as James Cameron said or can it be achieved in a shorter length of time?