Is Wave Circles As Fun As Beat Saber In VR? 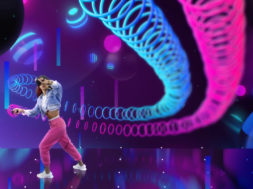 Is Wave Circles As Fun As Beat Saber In VR?

A new VR game has just released called Wave Circles which combines the motion of your controllers to the beat of the music. It is a rhythm based game that somewhat resembles Beat Saber but with different tactics.

Instead of crushing the cube beats, you will have to follow through the rings to capture the motion of the rhythm on top of popping spherical balls. You will have to dual wield the controllers and catch the rings with the appropriate colors.

Wave Circle is more concentrated on fluid motion than it is about chopping up the beats. In this game you won’t be receiving lightsabers to chop anything down. Rather, you will have to follow the rings in a guided motion on top of popping some spherical balls coming your way.

Wave Circles is available for both HTC Vive and Oculus Rift users for $9.99 as an early access title. Let us know your thoughts about the new game.

tags: beat saber platforma vr wave circles
previous What is Eleven Eleven?
next Five Nights At Freddy's VR: Help Wanted Is Here To Give You A Scare
Related Posts