Is Shattered Lights The Scariest VR Game So Far? 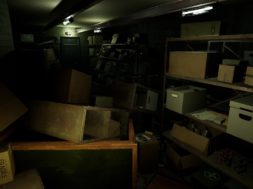 Is Shattered Lights The Scariest VR Game So Far?

Team Morbid has recently created a scary psychological horror-scale VR game called Shattered Lights. While there are many scary VR games out there the public is saying that it might be one of the scariest games they’ve played thus far.

Shattered Lights is a roomscale based VR horror game which takes you on a journey down a seemingly abandoned underground medical facility armed with nothing but a flashlight and your sanity.

Using non-euclidean geometry the game will immerse you into a world where every single step you take is purely physical and you’ll never once have to use controllers to move around, even so, you’ll still be able to explore intricate areas, impossible geometry and any situation that Shattered Lights will throw at you.

One of the cool facts about Team morbid is that they are all students who are studying International Game Architecture & Design Programme at the Breda University Of Applied Sciences. That’s right, the team who created Shattered Lights are students.

For people who are into scary games, it might be a good idea to try this one out and see how it ranks within your scary measurement. Shattered Lights is available on both Oculus Rift and HTC Vive for free! Enjoy this experience for free while it lasts.

tags: scary vr game shattered lights team morbid
previous SpaceEngine Might Be The Most Accurate Universe Simulator In VR
next Arizona Sunshine Creators Look To Venture Forth With A New VR FPS Game Called After The Fall
Related Posts