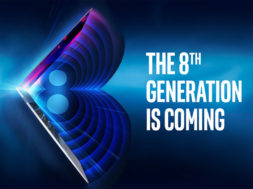 It wasn’t too long ago when Intel unveiled their 7th generation Core processors to the world. They brought about a drastic change in performance and power with its hyper-threading technology. But Intel has announced that it’ll be unveiling its 8th generation core processors on August 21st.

Intel seems to be taking measures into their own hands to stay ahead of the curve considering AMD’s drastic improvements with their CPU and GPU technology. Intel will be livestreaming their event on their Facebook page while also livestreaming it on their site.

While Intel has already acknowledged that the upcoming 8th gen cores won’t be a radical redesign, they’ll provide critical improvements on their 14-nanometer manufacturing process. Intel will focus on cramming in more cores at existing power levels while also moving their Core i5 and Core i7 to six cores on the desktop. Intel will be providing 4 cores at the i3 level.

Intel has promised that you’ll be hearing directly from Gregory Bryant, senior vice president of the Client Computing Group and some notable VR creators on the value of Intel’s upcoming 8th gen cores. They’ll be using the new set of chips to provide a demo.

There’s been some fireworks in the CPU and GPU industry and we’re looking forward to the announcments taking place on August 21st at 8AM PST.