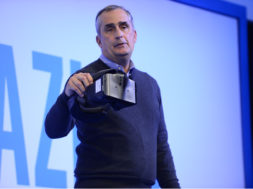 Intel has quietly been working on their VR solution over the past several months. And today at Intel’s press event they showed the magic and beauty of the upcoming VR device named Project Alloy. As described by Intel, it’s a new type of wearable that creates something called “merged reality.” This new type of experience is best described as a combination of the virtual and augmented world coming together to immerse the user.

Project Alloy comes untethered and without sensors to keep track of your movement. With Intel’s powerful processor they hope to achieve something that no other company has yet to achieve thus far. Intel CEO Brian Krzanich announced that the first generation of these VR headsets will ship in Q4 of this year. There hasn’t been a listed price point but we believe that it’ll land somewhere between the Rift and Vive price points. 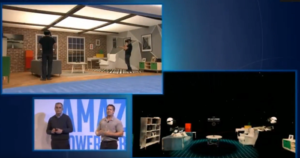 Intel’s goal has always circumvented around the idea of thinking ahead. Being tethered is somewhat of a legacy logic and Intel looks to push the industry forward with a powerful VR device that’s fully mobile. Every Project Alloy headset will be armed with an Intel 7th generation Core processor, a vision processor, fisheye lens, 2 RealSense cameras, and a battery.

During the demo, two players wore the Project Alloy headsets and displayed its capabilities to the audience in the room. They played a shooting game untethered from any device and showed off the capabilities of “merged reality.”