Another Titan in the tech industry has jumped on board to create their own solution for virtual reality with the announcement of their VR headset under the name “Project Alloy.” This particular headset is created by Intel and it’s quite unique in a sense that it won’t require a computer nor a phone. This VR headset by Intel will be un-tethered from wires and will contain it’s own computing powers and batteries. 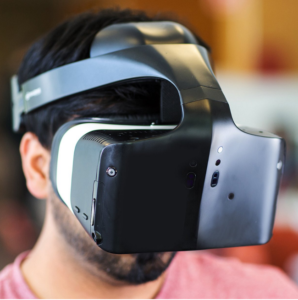 The VR headset under the code name “Project Alloy” will also be able to track rooms on its own without needing sensors. This means it essentially has hybrid capabilities of both the HTC Vive and the Samsung Gear. Not only that but it’ll have a camera that let’s you see objects in your near vicinity. It’ll also track people that might be nearby. This technology allows it to surpass the realm of VR and enter the hybrid stage of augmented reality. Some people like to use the term mixed reality.

Intel plans on making this VR headset and API’s open source some time next year. 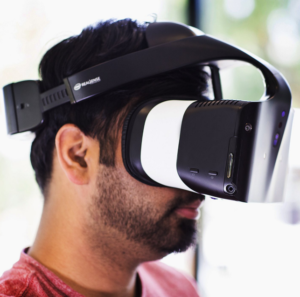 There hasn’t been any announcements on how much the wearable device will cost nor any real release dates on the VR headset device. All we know is that they’re gearing up for a big push in the same time frame that Hololens will become available to the public. We can imagine that if everything goes smoothly, Intel’s VR headset will be a true wireless wearable with capabilities to offer real imaginative experiences. We hope to see the Alloy project take off soon and developers to create true wireless experiences for the public.