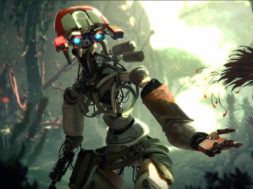 Insomniac Games has been at the forefront in the VR space for the past few years. They’ve released a highly competitive VR title called The Unspoken which pits you up against other players in a PvP match. The game is currently a part of VR Challenger League hosted by Oculus, Intel, and ESL. And while The Unspoken is successful in its own rights, Insomniac Games is gearing up to release a massive open world VR game.

In this short Developer Spotlight video, they go over what the studio was able to achieve over the years and how they will be applying their knowledge for this new and upcoming VR title. According to their descriptions, they wanted to create a game about “establishing a sense of wonder.”

From the studio’s track records, we know that they are good at creating games that provide thrill and adventure. Insomniac Games is home to titles such as Ratchet & Clank and the highly anticipated Spider Man game on PlayStation.

With their applied knowledge they might be able to bring a welcomed spark of excitement with a thrilling VR game that we are thirsting for in the VR space. More news to come over the following weeks.