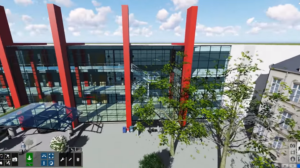 Currently, many VR startup companies are receiving attention from VC groups all around the world. InsiteVR is the latest company in the VR scene to raise $1.5 million seed round of funding for their visualization solution.

InsiteVR allows designers to create virtual walkthroughs and experiences for clients and customers through VR technology. In this way, it solves an expensive problem of creating real life layouts and designs. Content creators can create their 2D models into virtual 3D molds of their designs with the help of virtual reality.

This intuitive company makes the process easy for designers. All they simply need is a 3D model or a 3D image and InsiteVR takes care of the rest with their solution. It turns the model into a virtual structure allowing people to take VR walkthroughs. In this way you’ll bypass learning a new 3D engine.

A lot of InsiteVR clients today are real estate companies that are providing virtual reality walkthroughs for their clients for a more life like appearance. InsiteVR is compatible on virtually any VR headset including Samsung Gear VR, HTC Vive, and the Oculus Rift.

InsiteVR was founded by Angel Say and Russel Varriale. The two participated in YC’s winter 2015 winter accelerator program which has positioned them to be where they are today. The company itself is located in New York. 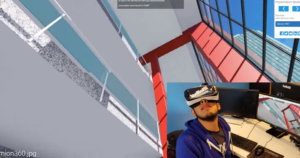 With the recent capital, we can look forward to InsiteVR doing some fine tuning on their platform to better serve the virtual walkthrough solution.