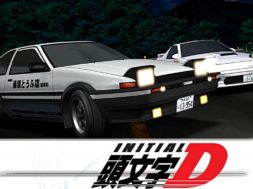 Assetto Corsa is one of those rare and beautiful racing simulation games that allow you to experience what it’s like to drive cars at extreme speeds. And with the recent port over to VR, you are able to become even more immersed in the experience.

Kunos Simulazioni, the creators of the game, wanted to make Assetto Corsa as realistic as possible so they used real cars from the real world and through it into the simulation. On top of that, the company was able to replicate some of the most well known courses including Mt. Futatabi from Initial D.

Initial D is a famous anime that was based around the concept of drifting on mountain passes. And the infamous AE86 Panda is available at your disposal.

In the video above, you can see Youtuber Random Callsign tackle the mountain in style. He takes on the course following the racing lines and putting together a show for us to witness. He uses the power of VR to put together a strong run on Mt. Futatabi.

And while he isn’t drifting crazily like you’d see on Initial D, he is able to drive through the famous mountain tackling an uphill climb. The course itself in the video set during the nighttime which decreases visibility. But in the game it can be changed to daytime settings.

You will also be steering from the right seat as you would do in any JMD car. So if you are familiar being in the left seat there will be a little getting used to even though its only a simulation.

Assetto Corsa in VR is available today for $19.99 on Steam. Both Oculus Rift and HTC Vive users will be able to access the game in virtual reality. Make sure to give it a go if you are a car enthusiast that’s up for a challenge.