Here Are The Improvements Coming With SteamVR Tracking 2.0 Base Stations 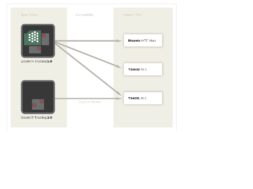 Here Are The Improvements Coming With SteamVR Tracking 2.0 Base Stations

Valve is on the leading front in creating VR technology that’s easier and more affordable for the general consumer market. A couple of months ago, Valve showcased their upcoming products such as the new VR controllers and lighthouses that’ll make drastic improvements in their overall VR technology. Yesterday, the SteamVR Tracking team provided more description and insight into the upcoming base station.

Current base stations used with the HTC Vive headset use the TS3633 part from Triad Semiconducters. This particular ASIC uses 11 components per sensor and produces a single “envelope” pulse per laser or sync blinker hit. That hit allows the Watchman module in the device to time the difference between the sync and the laser hit and compute angle from that difference. Up until this point, use of this sensor is required to receive tracking signals in your SteamVR Tracking device.

In late June, Valve will be offering another alternative with the TS4231. This particular part uses 5 components per sensor that makes it cheaper to place at each sensor. Additionally, it will provide a burst of data per laser or sync hit. Using this data will allow information to be transmitted on the laser itself, which can be uses to learn more about the source of that laser. 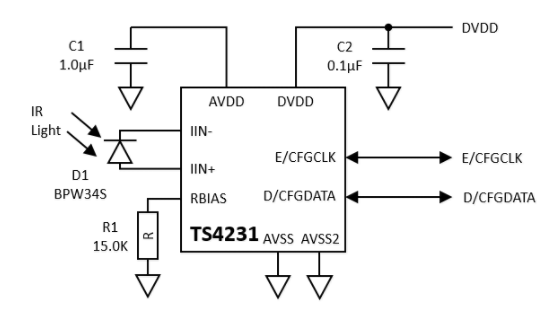 According to the SteamVR team, this new capability to encode information in the laser is important for two reasons. First, it allows support for more than two base stations, thus larger tracking volumes. Second, it allows a base station to function without including a sync blinker, which is the source of most of the interference between base stations (and is also a significant driver of base station cost.) We call this technology sync-on-beam. This is what Valve is calling SteamVR Tracking 2.0.

Here is the main changes in features you’ll be seeing with SteamVR tracking 2.0:

Below is how the SteamVR tracking 1.0 will differ with the upcoming SteamVR Tracking 2.0. 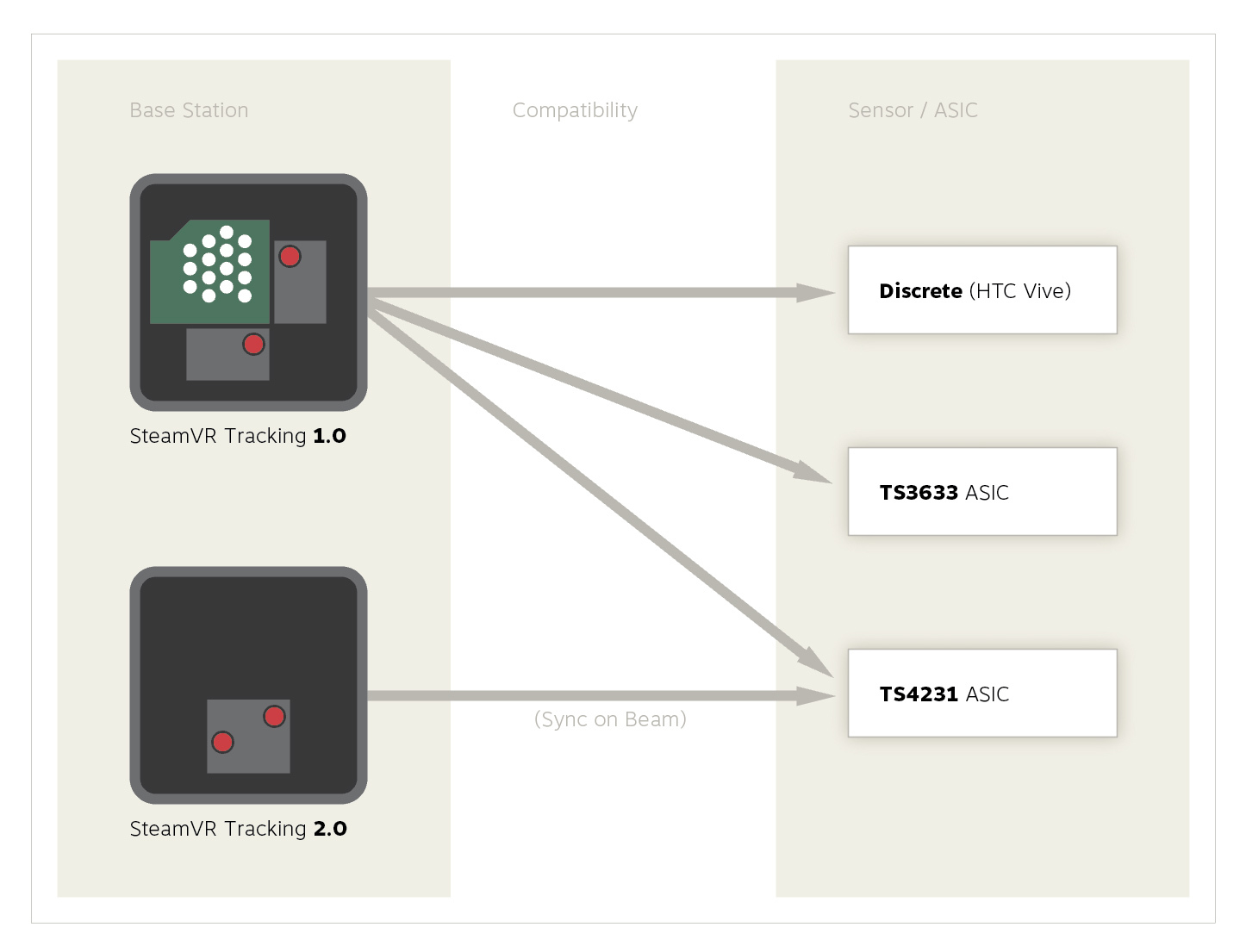 So, with these new capabilities with the TS4231, Valve recommends that all designs use the new ASIC. If you have plans to use more than 2 base stations in the future, you must switch to the TS 4231. And to be clear, TS4231-based devices will work with both 1.0 and 2.0 bases, and when they are tracking with 2.0 bases they will support all of the SteamVR Tracking 2.0 features. TS3633-based devices will only work with 1.0 bases. However, SteamVR Tracking 2.0 will not work with current HTC Vive headsets.