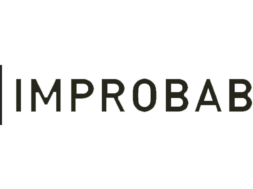 In one of the biggest investment deals in recent history, Improbable, the 5 year old London based company, has raised $502 million at an undisclosed valuation. This comes as quite a surprise as the company wasn’t on many people’s radars. Improbable is currently building out the “ultimate platform by stitching together multiple servers and game engines like Unreal and Unity to power massive, persistent worlds with more players than ever before.”

The capital was funded by Japan’s Softbank which acquired a minority stake in the company. Improbable has raised this massive sum having valued the company at more than $1 billion. The company was first founded by Herman Narula and Rob Whitehead who met at Cambridge University while studying computer science. The two set out on a goal in creating the biggest virtual world ever seen. They believed in the idea of having games built on a grander scale and developing an application that would help game devs create content in these massive worlds.

“If we want to build massive, gigantic simulations of virtual worlds or completely new ways of modeling cities or cells or economies huge simulations at one on thousands of course it’s a real challenge today,” said Herman Narula, CEO of Improbable at Next 17. “It’s something that previously has only really been available to people with supercomputers and it generally presents a very challenging programming models for developers. You’ve got to manage service, you’ve got to cope with the synchronization of information, you’ve got to do so many things beyond just building your application. So, at Improbable we built a distributed operating system we called spatial OS that runs on Google Cloud and makes it possible to build these kinds of applications. Exactly the types of virtual worlds and massive simulations that we’ve all dreamed of but put into the hands of developers so they can be iterated on and built quickly and efficiently.”

Understanding their vision was critical and something that Softbank found enticing. Enticing enough to invest $502 million for a minority stake in the company. Narula goes onto explain just how important having a platform like this is for the future of technology. “You can’t go on TechCrunch without seeing an AI article,” said Narula. “But this idea recreating reality. Building reality scale simulations and services is just as important and I believe it’s in underpin how our world is going to transform. Whether it’s simulations with turmors themselves that can help us understand disease or models of infrastructure that can help us save money and make better choices.”

Prior to receiving this lump sum of investment, Venture capital firms Andreessen Horowitz, Horizon Ventures, and Temasek Holdings invested $22 million into Improbable. The VCs all saw the vision and it’s apparent why so many individuals are so interested in the company.

Below is a quick look at Metaverse creating a social VR experience using their SpatialOS technology.