Immersv Raises $10.5 Million In Series A Funding Led By HTC Vive And Co. 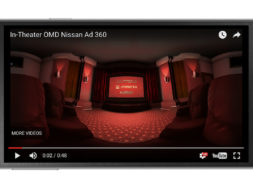 Immersv Raises $10.5 Million In Series A Funding Led By HTC Vive And Co.

Immersv is a virtual reality discovery and advertising platform that helps bring a stable path of monetization on the immersive platform. While a lot of VR content is getting pumped out, there hasn’t really been any focus to how these experiences can monetize their content, especially if its free.

To help improve the ad platform for VR, Immersv has announced that they’ve successfully raised $10.5 million in Series A funding to continue to improve their solution. The Series A round was led by HTC Vive, The Venture Reality Fund and Foundation Capital. Initial Capital, East Ventures, MCJ Co. Ltd., GREE, i-mobile, Metaps, Gigi Levy, Rogers Venture Partners and Gumi’s Founder and CEO, Hironao Kunimitsu who has joined the company’s board.

Advertising on VR and 360 are somewhat of an untested market as advertising can look quite different in an immersive virtual world. However, the Immersv has stated that their ad click-throughs are at 5% while view-throughs are at a soaring 85 percent, which is quite uncommon in the ad space.

What are your thoughts on seeing new ads pop up for the VR and AR space?