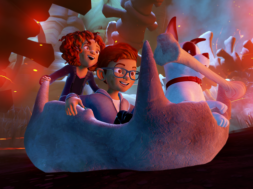 This Friday, May 19, “Raising a Ruckus” will debut at the IMAX VR Experience Center in Los Angeles. This is the first time an original VR production will premiere at an IMAX VR Center before launching on a traditional VR headset.

“Raising a Ruckus” is the first episode of the Virtual Reality Company’s (VRC) new animated series of the same name. The series’ premise is about a brother and sister twin twin duo who get a new dog (cleverly named Ruckus), and then learn that their adorably mischievous pet has magical powers that can transport them to fantastical worlds.

“This is exactly the type of original premium experience, which was designed specifically for location-based VR, we’re looking to provide our guests,” said IMAX Chief Business Development Officer Robert D. Lister in a statement. “This family-oriented fare is becoming increasingly important as we are seeing visitors of all ages come through our successful flagship centre in Los Angeles.” 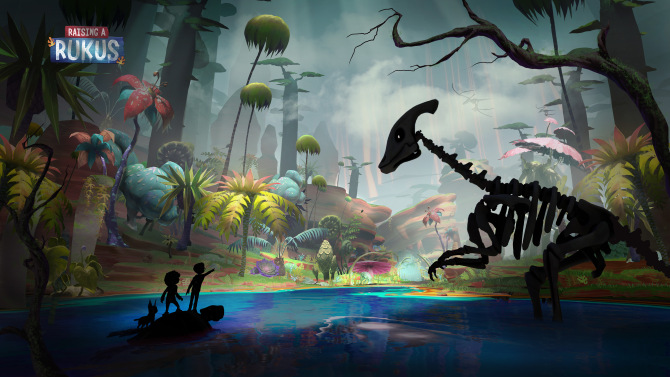 VRC is looking to eventually release “Raising a Rukus” on a variety of headsets, but the company teamed up with Imax for a special implementation that includes motion chairs and premium VR headsets — something that both companies want to eventually bring to many more locations. Imax plans to next open VR Experience Centres in New York and the U.K. in the next few months. According to Variety, IMAX plans to test location-based VR with a half dozen centers in the coming months before fully committing to a wider roll-out.

“Our collaboration with Imax will enable us to provide unique cinematic-level VR experiences to audiences around the world in an affordable way,” said VRC CEO and co-founder Guy Primus. “By opening their doors to VR, theatre owners are opening up new revenue opportunities for the entire VR ecosystem.”

It has also been rumored that VRC is collaborating on another family-oriented project with director Steven Spielberg, however no details have been officially announced.