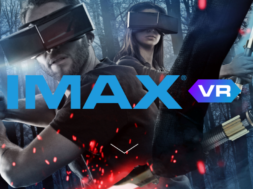 IMAX has submitted an SEC filing that indicates the company will be shutting down its IMAX VR centers that they have launched over the past two years. In the listed SEC document the company states the following:

“In connection with the Company’s previously-announced strategic review of its virtual reality pilot initiative, the Company has decided to close its remaining VR locations and write-off certain VR content investments. Furthermore, as part of the Company’s ongoing efforts to decrease costs and increase operating leverage, the Company is reducing certain functions and realigning resources in certain areas. The Company anticipates recognizing one-time impairment charges of $6.9 million in the fourth quarter of 2018 as a result of these strategic decisions.

The document itself was filed by Robert D. Lister, Chief Legal Officer & Senior Executive Vice President, and Kenneth I. Weissman who is the Senior Vice President, Legal Affairs and Corporate Secretary.

Just a little over a year ago IMAX was looking to expand an additional 5 IMAX VR centers but that now has been reversed. Through the filed statement, IMAX states that they recognize a one-time impairment charges of $6.9 million in the fourth quarter of 2018 as a result of these strategic decisions, which ends up in a loss column for the company.

IMAX has partnered with various studios and companies in the past to launch exclusives and bring in new customers to their VR experience centers. But the company seems to be shifting their business model elsewhere as the company pivots away from this strategy.

tags: imax sec
previous Subnautica Will Be Available To Download For Free On Epic Games Including VR Version
next Wrench Will Let You Build Out A Car In Virtual Reality - Available Now
Related Posts