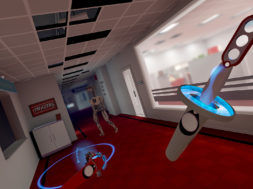 March couldn’t start off on a better way! Humble Bundle has announced its new sale promotion for many VR games in their marketplace. We know its been awhile since we’ve last seen a VR sale but Humble Bundle is offering up to 85% off of top VR games.

Titles include AAA VR titles such as Fallout 4 VR, Superhot VR, Skyrim VR, and many more. Below is a list of some of the more popular VR games on sale at the moment. Here is the complete list you can visit. The sale is happening for the next 5 days.

If you don’t currently own some of these VR games, make sure to take a look and grab it while it’s on sale.