360 cameras are becoming a new frontier for many companies and manufacturers as they provide a full clear picture of your surroundings. Pictures are starting to outgrow the linear phase and are evolving into an encompassing “capture of the moment.” Huawei looks to enter this new frontier with the announcement of their Honor VR Camera. This new 360 camera by Huawei is a collaboration product with Insta360. It can be plugged into a smartphone via the auxiliary port to capture an encompassing picture and video. 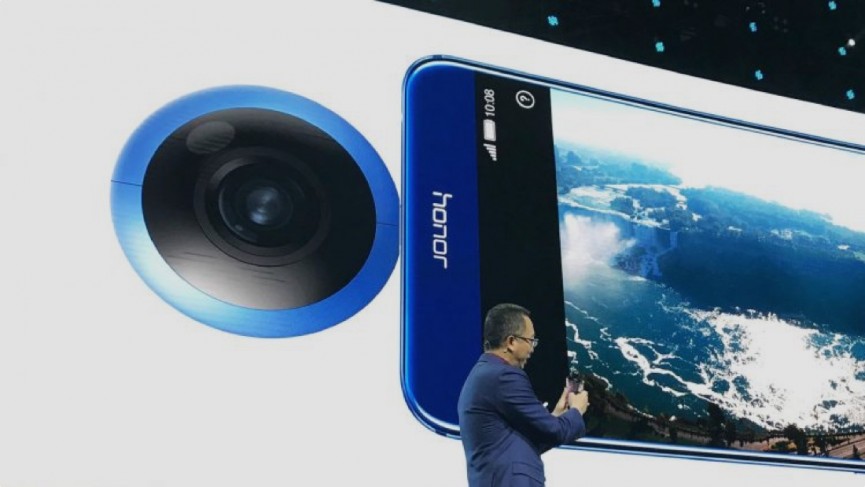 While the camera won’t offer 4K 360 degree pictures, it’ll be able to shoot at a 3K level and seamless live-streaming according to Huawei. You’ll also be able to capture and share photos through its companion app.

This announcement comes prior to the MWC 2017 conference where Huawei will unveil some other hardware (potentially their VR headset). There are no updates by Huawei on pricing or release date for the Honor VR camera. Insta360 has previously released multiple iterations of 360 clip-on cameras for smartphones at around the $200 – $300 price point so we can speculate that it’ll be in that range. Additionally, the Honor VR camera will be internationally available according to sources. More information will be provided during the upcoming MWC 2017 conference so stay tuned.