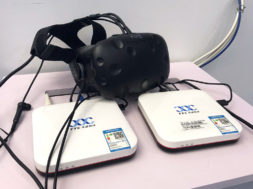 While we’ve seen incremental price drops on the HTC Vive and Oculus Rift headsets, it’s still expensive to operate these devices due to the requirements of needing a PC. Users have to own a computer that meets minimum specs and spend at least a thousand dollars just to own the pair. To tackle this issue, HTC has partnered up with Dalian Television and Beijing Cyber Cloud to launch the world’s first cloud VR service that connects the Vive to the cloud.

Rather than hooking your Vive to a PC, the headset will be tethered to a box with a 60 Mbps broadband connection that gives you access to Viveport and associated VR content. The benefit in this is that you won’t need an HDD or an SSD to store your content. Rather, you access the cloud and find the VR game you want to experience from Viveport.

According to HTC Vive China President Alvin Wang Graylin, users can pay a deposit of 3,000 yuan (~$455) plus a monthly fee of about 500 yuan (~$76 but the price isn’t confirmed) to access this service. Users can also pay the toal sum of 6,688 yuan (~$1,015) and get full ownership of the Vive kit which comes with a one-year subscription. Graylin stated that this is like Spotify for VR where you wont need to buy a PC, update drivers, nor download any apps. 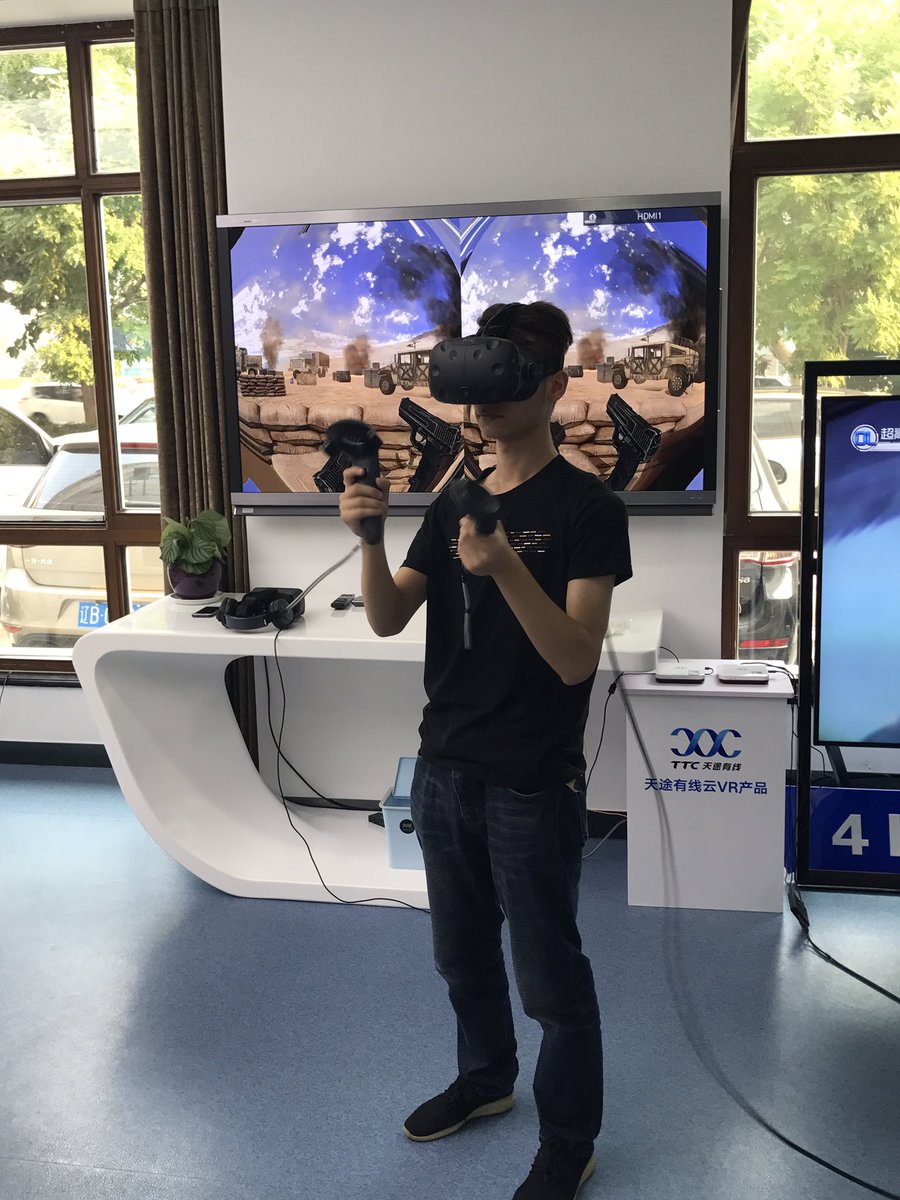 But there are some downsides to this as well. In a tweet sent out by Alvin Wang Graylin, he stated that there will be “some minimal added latency” which may hinder performance. Graylin also stated that its “ok for most non-twitch apps.”

Something that might also be concerning is the risk of internet connectivity issues. If the internet were to go down, the system will fail and you wouldn’t be able to access the cloud. With a PC setup, you wouldn’t face these issues and still be able to play any downloaded VR content.

This is only a commercial trial exclusive to the city of Dalian, located in China. If this project were to go well, who knows, maybe it’ll create a wave of consumer adoption.