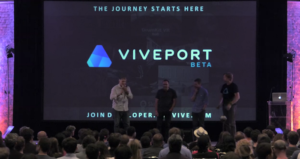 The team over at HTC Vive has recently announced their plans to open their own app store and platform called the Viveport. The Viveport will be the primary hub for HTC Vive users to purchase VR content, similar to what Oculus has done with the Oculus Store. With this strategy in place, smaller developers will have a way to publish their VR content with the help of HTC Vive. HTC wants to create an access point for VR experiences in education, design, art, social video, music, sports, health, fashion, travel, news, shopping, creative tools, and more through the Viveport. This helps expand the realm outside of just games and videos. Virtual reality has only been explored to a certain degree and Viveport will stand in place to help stimulate the growth and adaptability of this technology.

The Viveport app store will also be global letting developers all around the world publish their own content onto the platform. This services the creative minds to develop and possibly create an innovative app that serves a positive purpose to the community.

Currently, HTC Vive users go through the Steam store to purchase VR games and VR content. Steam is managed by the parent company called Valve which has stood in place to serve as a hub to deliver PC games. We pondered on what would be the fate of HTC Vive and Steam so we reached out to the team for some answers. 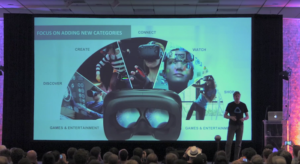 What happens with the Steam platform?
“Steam will still exist. Viveport builds on the successful offering of VR games readily available on Steam and opens up the marketplace to a wide variety of VR categories with its own app store exclusively dedicated to immersive VR and 360 content. It is a unique yet complementary distribution platform to Steam with distinct experiential and monetization features and a broad portfolio of content ranging from fitness to fashion apps, news to nature experiences, and creativity to productivity tools. In respect to VR games, developers will continue to distribute independently through the Steam platform and submit gaming titles to Viveport for distribution in China only.”

3. What is the team looking forward to most with the launch of Viveport?
“We believe equal access to virtual reality experiences will make the world a better place; enhancing our daily lives and the way we connect with everything. We are looking forward to enabling developers to reach a global audience and grow their business.”

Viveport will be available for the Vive users later this fall with a developer beta launching in the near future. It is currently live in China. If you’re interested in joining the Viveport community, you can register as a developer here. Creators and developers will be able to submit their content with guidelines in place. Then it’ll be reviewed by the Viveport team to see if it’s in standards and published if it is.

HTC Vive let us know that they’re excited and ready to accelerate the ecosystem of virtual reality.