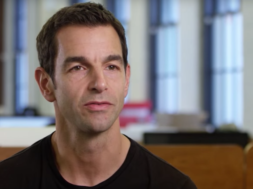 The VR industry has had a bit of a shakeup today with the announcement of Claude Zellweger, VP of Design at HTC Vive, leaving for Google to work with the Daydream VR team. Announced on Twitter, Claude said, “I am joining Google Daydream.”

Claude has been with HTC since September 2012 working at various roles throughout the company. In 2014, he got promoted to VP of design for the company and worked with the Vive team in creating a tremendous VR headset.

Claude Zellweger has served well for HTC as the Vive headset was rated as the best headset by many reviewers. Google has been working on their mobile VR headset solution with their recent launch of the Daydream brand and the View VR headset. While the Vive and Daydream View function on a different level, Claude will serve well in terms of helping Google’s team with designs and aesthetics for Google’s VR hardware.

We’ll keep you updated on official statements by Google.