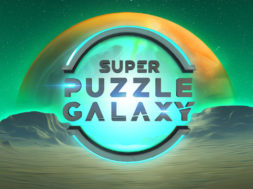 HTC Vive Studios has announced two new VR games today. One is called Front Defense: Heroes and the other one is called Super Puzzle Galaxy by 2 Bear Studios, the developers behind Arcade Saga.

Super Puzzle Galaxy takes place on an intergalactic planet where players manipulate the world’s terrain to solve physics-based puzzles. By pushing, pulling, and manipulating sand and other objects, players vie to create the fastest pathways and unlock new ball abilities.

“We are excited to showcase the best of room-scale VR gaming as we approach Vive Studios’ one year anniversary,” said Joel Breton, Vice President of Vive Studios. “Super Puzzle Galaxy unleashes mind-bending puzzles and empowers creativity with user-generated tools for creating and sharing your own puzzles.”

At launch, the game will feature leaderboards and 48 pre-built puzzles with more to follow post launch. In addition, Super Puzzle Galaxy allows users to create their own puzzles with an in-game editor which they can then share with the community to play. This is a pretty cool feature considering most games are all pre-built.

“Super Puzzle Galaxy was born out of a passion for creating compelling and engaging VR content for the whole family that challenges the player’s problem solving and creative abilities,” said David Sapienza, Executive Producer of 2 Bears Studio “Adding user-generated content was a core tenet of creating something that empowers the community, and Super Puzzle Galaxy delivers a unique room-scale VR experience.  We’re excited to see the levels and Rube Goldberg contraptions the community is able to come up with.”

HTC Vive has stated that Super Puzzle Galaxy will be available early December on Steam for $9.99 and for a limited time. the new VR game will have a launch discount of 75% off.