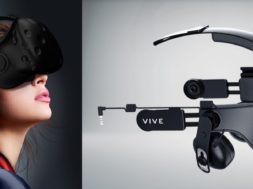 HTC has had a controversial start to the launch of their Deluxe Audio Strap where some users found the foam to be deteriorating after sweat touched the backside of the strap. While this wasn’t the case for every Deluxe Audio Strap, many people in the community found similar results of deterioration. Ensuing the feedback from the community, HTC put a halt on all sales of the add-on. But today, HTC announced that the Deluxe Audio Straps will go back on sale starting Monday, July 10th.

Update on Deluxe Audio Strap: Monday at 10 am PT we’ll resume sales on https://t.co/DFcEP56uY2 in the US/UK/EU. Retail will also restart

The team over at HTC Vive seems to have fixed the issues of deterioration and feels confident that the strap won’t have further issues with the noted problem. The Deluxe Audio Strap will be available for $99.99 in the US, UK, and EU markets.

As we’ve noted earlier, there were only positive things to say about the new strap besides the deterioration issue that some people found. The padding on the back made it possible so that you can play in lengths at a time without feeling discomfort. The on-hear headphones was a big improvement as well. It provided easy access to quality sound with adjustable settings and semi-noise cancellation. We also enjoyed the dial that made it convenient when adjusting the headset size. We were able to quickly put on and take-off in a party environment where people have various head-sizes.

The installation portion was also quite simple as you only needed to follow a few simple steps requiring 5 minutes of your time. HTC is predicting that they’ll be selling out of the first initial shipment so make sure to get your hands on the improved Deluxe Audio Strap while you can.