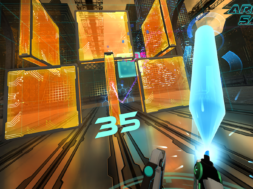 HTC Has just announced the launch of their very own Vive Studios which will be dedicated in bringing quality VR content to the Vive users.

“We’re excited to formally unveil Vive Studios as a new pillar in HTC’s initiative to drive persistent growth for VR,” said Joel Breton, VP of content at HTC Vive. “Vive Studios’ aim is to nurture and discover development talent and help create content that will continually push the boundaries of the kinds of experiences VR can deliver.”

Competitors such as Oculus have been creating exclusives for their Rift headsets and they’ve been successful in doing so. But with the announcement of GVRA yesterday these major VR companies have vowed to join forces to create an open platform. The HTC team has been good so far in releasing titles that are compatible with other headset consoles. We don’t believe that their intent is to solely release exclusives with the launch of Vive Studios. It’s more to bring out the best in VR.

On top of the announcement of Vive Studios they have also released their first VR game called “Arcade Sage” in partnership with with 2 Bears Studios.

“’Arcade Saga’ delivers exciting and deep VR game play painted with strokes from classic arcade games that people will instantly remember,” said J. Epps, Creative Director at 2 Bears Studios. “By combining an homage to familiar games with our backstory putting players in the role of a CPU fighting humans, ‘Arcade Saga’ is the VR equivalent of not just walking through an arcade but getting inside the game.”

The best bit of news though, from these announcements, was the part that where they said their dedication will go to creating AAA games. “The VR ecosystem needs a persistent flow of exciting experiences and AAA content that can help grow our audience.”

We’ll be looking forward to the VR titles that’ll be released through Vive Studios.