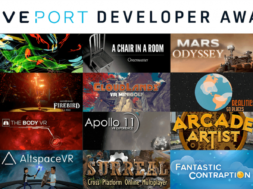 The prizes are awarded in four different categories that includes “Explore,” “Create,” “Connect,” and “Experience.” According to the HTC Vive team, only the very best VR experiences were chosen from the enormous pool. Below are the winners in their certain categories.

A Chair in a Room: Greenwater, by Wolf & Wood Interactive Ltd.

A lot of these VR application were well known by the VR community as they provided positive experiences in the virtual world. These awarded VR applications would be all be great experiences to start for the new adopters of HTC Vive. We look forward to seeing the next annual Viveport Developer Awards and what amazing experience we get to see next.