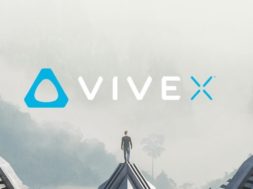 HTC has been on a mission to invest in promising VR companies that might shape the future of the industry through an accelerator program called Vive X. These companies are chosen based on certain criteria that they must meet. Today, in conjunction with the Vive Ecosystem Conference in Shenzhen, China, the company has announced the second batch of companies that have been accepted into the Vive X program.

The company has chosen over thirty new companies in San Francisco, Beijing, Shenzhen, and Taipei for the program. HTC will invest and support these companies in shaping them become iconic companies for the VR industry.

Below are the newly accepted companies into the Vive X program:

In addition, HTC is planning to open a Vive X program in Israel. The company is accepting applications for VR companies in the region.