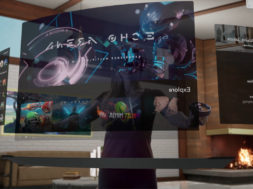 When it comes to social media, Facebook is king. And they look to implement some of that ideology into Oculus Rift Core 2.0 Beta update. First announced at OC4, this is a complete overhaul and redesign to their existing platform which will improve and focus their attention on the wants and needs of Rift users today.

The Rift Core 2.0 will feature immense changes to the platform including a new Dash and Home.

Dash is a redesigned interface that’ll serve as the command center for the Rift. On the Dash, you’ll be able to multitask across your favorite PC desktop apps, VR library, and more with a wave of your hand using the Touch interface.

Dash runs as an overlay inside your current VR experience, so you’ll be able to quickly switch from one app to the next, open your library, connect with friends, and even use the rest of your PC without any extra steps. This allows for easy multitasking while inside the Rift.

Users will be able to run multiple apps and windows while maintaining full graphic fidelity and performance. You’ll also be able to peel off individual windows and place them anywhere. They are resizable inside your infinite workspace. For Developers, you’ll even be able to debug VR apps while inside them using applications such as Unity and Unreal Engine.

A great feature that comes along with the Rift Core 2.0 beta update is the newly designed Home. This is a space within VR where you have the ability customize your own virtual pad.

Users will be able to add and remove virtual items and even furnish the place with cool decorations. The Home will also serve as a trophy wall where you can hang the different achievements you’ve accomplished throughout the virtual games you’ve played. 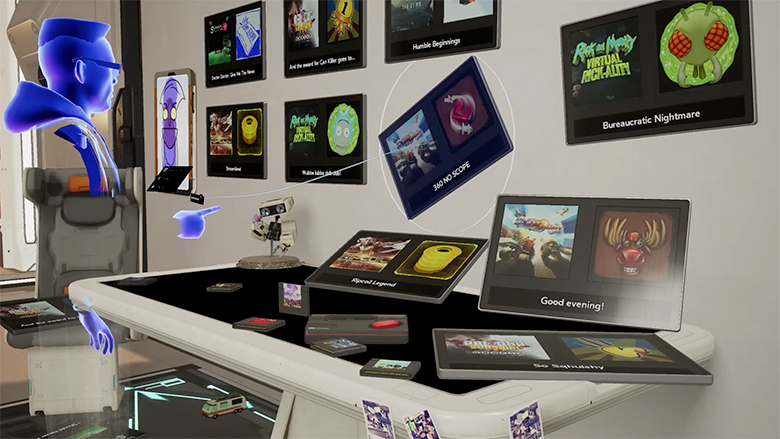 The open beta for Rift Core 2.0 is now available on Oculus. To sign up and access the Core 2.0 Beta you must do the following:

To enroll, you’ll need to opt-in for beta access via the Public Test Channel:

To enroll in the Public Test Channel you must:

There are requirements in fully running the Rift Core 2.0 Beta. First, you must be running Windows 10. There’s no way around that. If you are running Windows 7 or 8 you won’t be able to use features like Oculus Desktop virtual computing. Also, Dash will not be able to run as an overlay on top of your running VR experience or app.

You must update your GPU Driver. Oculus has teamed up with Nvidia and AMD to integrate Dash support at their driver level so you will need the latest driver.

Users will also require the Oculus Touch to fully run the Rift Core 2.0 Beta. Without it, you won’t have access to certain things such as customizing your Home.

If you follow the guideline, you should be good to go in signing up and accessing the Oculus Rift Core 2.0 Beta program. Make sure to share your thoughts about the new design and layouts.