Hold The Door! On HTC Vive

Hold The Door! On HTC Vive

The creators of Hold The Door! have released an early access to the VR game for HTC Vive users to try out. The goal and objective of the game is to essentially hold the door from the waves of enemies that are trying to break into your castle. 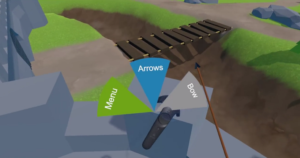 When you enter the game, you are positioned on top of the castle. Your given a bow and arrow to shoot and snipe down the oncoming waves of enemies. You’ll notice that the enemies have to cross a narrow bridge in order for them to come attack your castle.

The game really allows you to use that freedom of movement with the Vive controllers to aim and shoot. The accuracy and feel of the ‘release and shoot’ seems to come along easily. And even though the game has a simple design, it can really hold your interest as the game demands focus out of the Vive users. 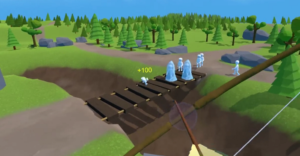 You’ll find the occasional bug as the game isn’t fully released yet so if you have the patience to deal with that part, you’ll be in good company to have a good time with Hold The Door! You can download the early access to this game at the steam store. We hope that you can Hold The Door from the invasive hordes of these zombie dummies.